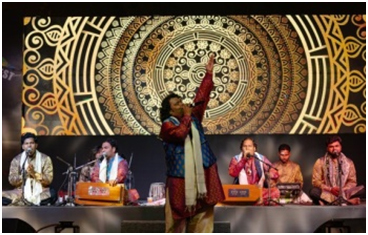 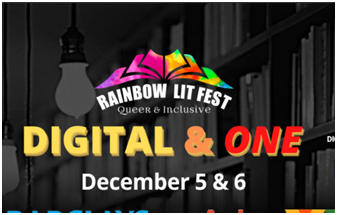 The second edition of the Rainbow Lit Fest – Queer & Inclusive, is being organized as a two-day online series called Digital & One, over the weekend of December 5 & 6, 2020. The event will see the coming together of over 50 leading authors, poets, activists, scholars, filmmakers, artists, performers and business leaders to discuss a variety of topics. Speaking for the first time at a queer-dominated event will be such luminaries as Dr BibekDebroy (Author, Economist and Chair of the Prime Minister’s Economic Council) and Dr Shashi Tharoor (Author and Member of Parliament). 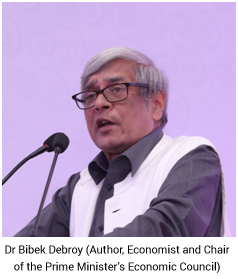 While queer representation itself will be at the forefront through discussions, films and performances, the content which includes over a dozen panel discussions, ranges from representation to identity, poetry and social justice, mainstream cinema to diverse narratives and a lot more. The festival is uniquely scheduled over three sessions over two days – Matinee, Evening and Night.Festival Director, Sharif D Rangnekarreportedly said, “This is intentional, keeping in mind eye fatigue and the schedules people keep while working from home or even on weekends ever since the pandemic struck us. Additionally, it helps us programme content for regions such as Canada, USA and UK.” 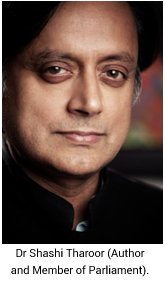 The digital advantage, of course, is at play as the event, allowing it to have individuals speak from different parts of the world. The extent is such: Santa Khurai from Manipur; Assistant Professor, Author and Drag Artist, Kareem Khubhchandani from the USA; international queer poet and film scriptwriter, Amani Saeed from London; film scriptwriter, Gazal Dhaliwal from Patiala; and the many others from Chennai, Kolkata, Mumbai, Puducherry, Imphal, Gurgaon, Delhi, Ranchi and Jabalpur. 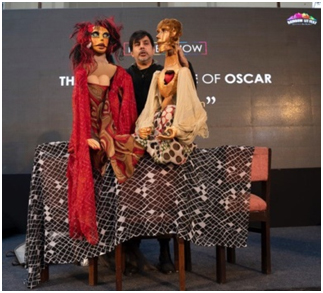 Keeping in mind the festival’s approach to expression, the event will have performances from three queer Indie artists – SmrutiJalpur, John Oinam and Leon D’Souza. There is a puppet show by Varun Narain and poetry recitals by Vishal Ghatge, ShambhaviDevedi and Aditya Tiwari, in addition to stand-up comedy by noted comedian, Navin Naronha.

The panel discussions and performances will be interspersed with cinematic experiences, including the screening of films like The Men Who Speak Gayle by Nathan Kennedy, Nowhere by Christopher Manning, Do Re Miby PrajeshKashyap, Forever 17 and Parvaah by the Humsafar Trust.

The online series is supported by organisations such as the British Council (as its cultural partner) and Oxford Bookstores besides community groups such as Ya All, The Q-Knit, Naz Foundation and Pride Circle.

The Rainbow Lit Fest – Queer & Inclusive is a trademark owned by the Dwijen Dinanath Arts Foundation. It started its journey last December with a two-day festival at Delhi’s Gulmohar Park Club. With its success, having footfalls crossing over 1200, the platform went on to release a short film – Breaking Notions – involving over 15 voices on the importance of storytelling to break notions and phobias. It included influencers such as Devdutt Pattanaik, Anjali Gopalan, Sandip Roy, Avatari Deviand Suneeta Rao, with several others. In June, the Festival organized Rhyme & Reason – a national poetry competition in partnership with Gaylaxy Magazine and The Q-Knit. The festival has earned recognition for communication and impact receiving Gold at the Fulcrum Awards 2020 and Bronze at the Campaign Awards 2020.

India / France – Embassy of France in

India – Nayaab Exhibition of Textiles at The