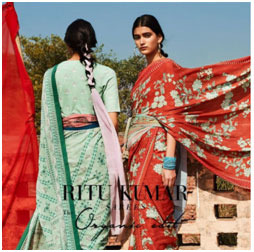 Reliance Brands fashion is reportedly set to take over the five-decade-old Ritu Kumar design house established in 1969. Allegedly, Reliance will havea majority stake, which includes acquiring the 30% minority stake held by the private equity firm Everstone Capital, and a larger share of the promoter’s holding. In April 2014, Everstone Capital had picked up a minority stake by investing Rs100cr ($16.6 million) in fashion label Ritu Kumar. None of the parties involved have confirmed the reports as yet. No confirmation or denial has been issued by either Reliance Brands, the Ritu Kumar house of fashion, or Everstone Capital.

A race appears to be on between Reliance brands and Aditya Birla Trend and Retail (ABFRL), where the former wants to dominate the business of luxury retail in India. Recently, ABFRL bought a 51% stake in Indian designer Sabyasachi’s namesake label. In 2019, ABFRL had acquired 51% stake in Finesse Worldwide Design, that runs bespoke attire retail model Shantanu & Nikhil, for ₹60 crore. This  year it partnered with designer Tarun Tahiliani.

India –Swarovski to light up Indian Weddings with