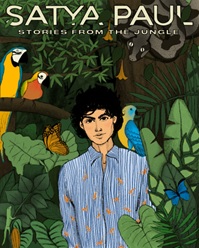 The fashion industry in general has taken a hit globally, and the same is true in India as well. It is increasingly getting difficult for the fraternity to stay afloat, with having to pay salaries, rentals, deal with unsold lines and the pressure of new season collections and more. In such a scenario, the Indian design label Satya Paul has announced the appointment of Rajesh Pratap Singh as the Chief Creative Director for the brand. In his role, the new chief will oversee artistic direction for all Satya Paul collections for women and men and present his first in Fall/Winter 2020-21.

Rajesh Pratap Singh is a well-known designer, with expertise across menswear, womenswear, and accessories. Rajesh combines the modern with the traditional in an understated design aesthetic. His clothes have a global appeal yet remain passionately Indian.

Speaking about the new development, Rajesh Pratap Singh said, “I have great respect for the brand’s heritage and creative integrity of the design house. And I’m particularly excited for the potential of this brand. We will look to reference its archives and history while drawing parallels to modernity.”

Appointment of Rajesh Pratap Singh at Satya Paul embarks an important milestone for the brand.

Designer Rajesh Pratap Singh has worked in the fashion industry in India and Italy before introducing his own line of clothing in 1997. In 2018, GQ named him the Man of the Year for sustainable fashion. In 2019, the Government of India honored him with the National Award for his outstanding contribution to Indian Fashion.

In 1985 by Satvinder Paul Nanda founded the label Satya Paul, known for its printed saris. It has now moved on to explore accessories such as Ready to wear, Handbags, Scarves and Stoles, Ties, Pocket squares and Cufflinks that hold universal appeal as well. In 2001, it became a part of the Genesis Group.