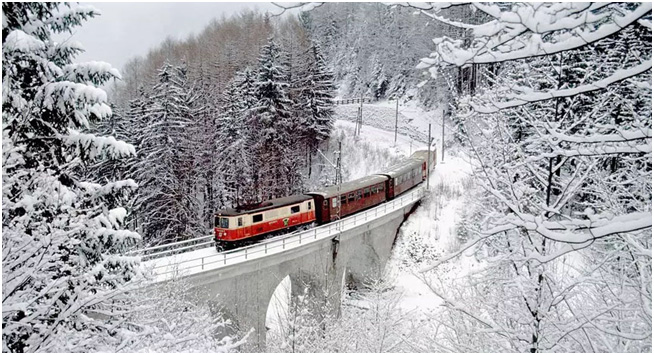 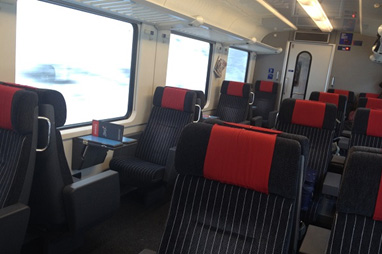 I love train journeys. More so if one is in beautiful Austria. Nothing sooths and heals more than watching the verdant scenery of rolling hills, blue lakes, quaint towns in the distance, bridges over gentle rivers – picture postcard views, slowly drifting past the glass windows of the train. Austria is a beautiful country, with enchanting cities and towns, well connected by a very efficient railway. The train routes connecting the cities chug past heavenly views of alpine mountains, vineyards, valleys and some more. For the convenience of the traveler, there are several kinds of travel passes, with variable prices for individuals, pairs, groups, that can be availed easily online or via mobile app, ticket machine, ticketing partners etc. We bring for our readers information about the  famous train routes.

Most Austrian trains are run by the state-operated Österreichische Bundesbahnen (Austrian Federal Railroad or ÖBB). There are nineteen small privately owned railroads operating primarily narrow-gauge lines. One can buy point-to-point rail tickets, find seasonal specials, and see schedules on Rail Europe or www.oebb.at. A number of Austria rail passes are available. For the traveler interested in scenic rail journeys, the combined Eurail Austria-Switzerland Pass is probably the most interesting, because Switzerland contains some great scenic railways, including the Bernina Express, the Centovalli Railway, the Glacier Express, and the Wilhelm Tell Express. Austria is also included in the European East Pass, which includes the Czech Republic and Hungary, as well as the Eurail Germany/Austria Pass. Group tickets get cheaper, as per the numbers in the group. There is provision to take bicycles along for an extra charge. 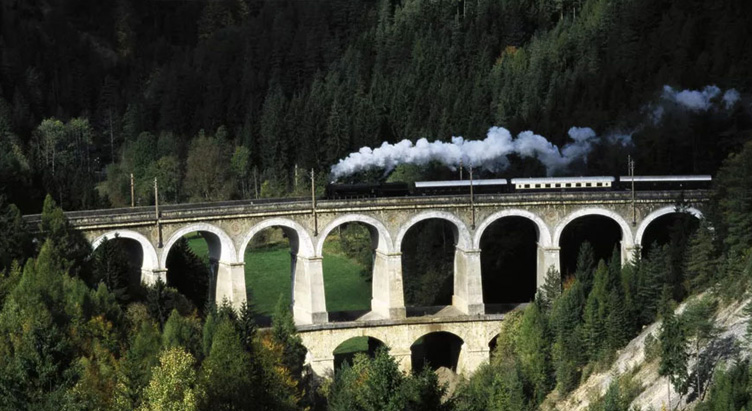 The Semmering Alpine Railway or Semmering bahn was the first mountain rail built in Europe with a standard gauge track in1848 and 1854. In 1998 the Semmering railway was added to the list of the UNESCO World Heritage sites.The construction features 14 tunnels (among them the 1,431 m summit tunnel), 16 viaducts (several two-storey) and over 100 stone arch bridges and 11 small iron bridges. Travel from Vienna to Graz, the second-largest city in Austria after Vienna. The three hour journey can be interrupted to visit the Zauberberg Ski Resort. 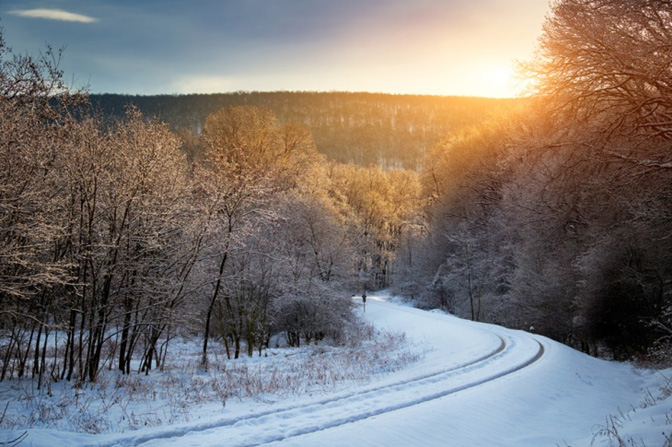 The route via the town of Bischofshofen is very scenic, with ancient covered bridges, past hilltop monasteries and castles. For the skiers and climbers, this route takes one straight to the most famous climbing and skiing destinations. The route require a single transfer at Schwarzach-St.Veit, and increased time, but makes up in terms of the beauty of the route. Without the detour, the average travel time between Salzburg and Innsbruck is 1h 56 minutes. The quickest route is 1h 42 minutes. The first train leaves Salzburg at 01:40, the last at 21:56. There is an average of 18 trains a day between Salzburg and Innsbruck, leaving approximately every 1h45 minutes. 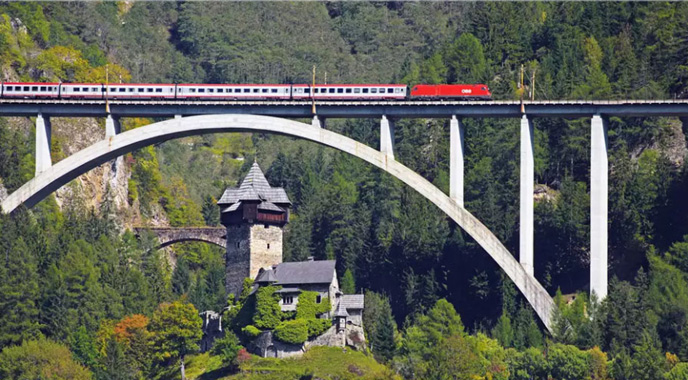 Bludenz is a popular hiking and mountain-biking resort in the summer months, located on the way to many nearby skiing resorts. Arlberg connects the Austrian cities Innsbruck and Bludenz; it is Austria’s only east-west mountain railway. It is one of the highest standard gauge railways in Europe and the second highest in Austria, after the Brenner. The 135.7 km line is a highly problematic mountain railway, in part because it is threatened by avalanches, mudslides, rockfalls and floods.It is operated by the Austrian Federal Railways (ÖBB) and frequented by international trains, including the Orient Express.

The train starts in Munich and has already travelled 100 miles through the wooded Bavarian landscape, past 14th century fortresses, before arriving in Innsbruck. But the best section is from Innsbruck to Brenner, as the train climbs 3000 ft. A tip, position yourself at the back of the train for a grandstand view as the train meanders up the mountain, and through the Branner pass.. There is a 15 min stop at Brenner, where it arrives at 2 pm. The descent begins on the Italian side, rolling alongside the Isarcoriver for 50 miles. We recommend travelling First Class for this journey. The two carriages are the back of the train, and one is an open-coach. This also allows access to the lounges at Munich and Innsbruck before boarding. There is a restaurant car for lunch. The Brenner is a major line connecting the Austrian and Italian railways from Innsbruck to Verona in Italy. 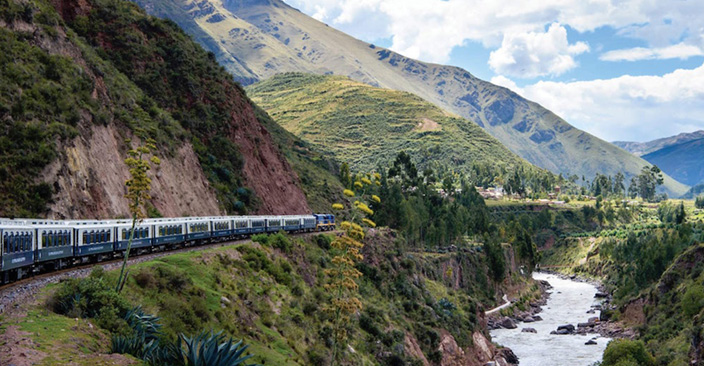