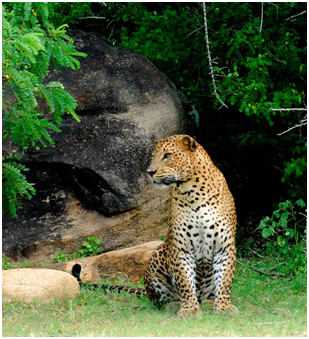 Those wishing to explore Sri Lanka’s rugged Southern coast should head out to Shangri-La’s Hambantota Resort & Spa for adventure tours and experiences. Shangri-La has carefully curated this selection of tours with their guest in mind. Located on the ancient Spice Route, hugging the Indian Ocean coastline, the hotel offers access to some of the country’s finest nature and wildlife reserves; Yala, Bundala and Udawalawe National Parks; the surfers’ paradise at Arugam Bay and whale-watching in Mirissa. The hotel is also home to a unique Artisan Village which, in the absence of local retail, allows guests to familiarize themselves with the work of some of the region’s most innovative and talented artists and craftsmen, through a one-of-a-kind cultural platform.

Yala National Park is home to the elusive Sri Lankan leopard. Divided into five blocks (two of which are open to the public), the park has a protected area of nearly 130,000 hectares of land. Situated in Sri Lanka’s south-east coast, Yala is home to 44 varieties of mammal and 215 bird species. Among its more famous residents are the world’s biggest concentration of leopards, majestic elephants, sloth bears, sambars, jackals, spotted dear, peacocks, and crocodiles. The best time to visit Yala is between February and July when the water levels of the park are quite low, bringing animals into the open. 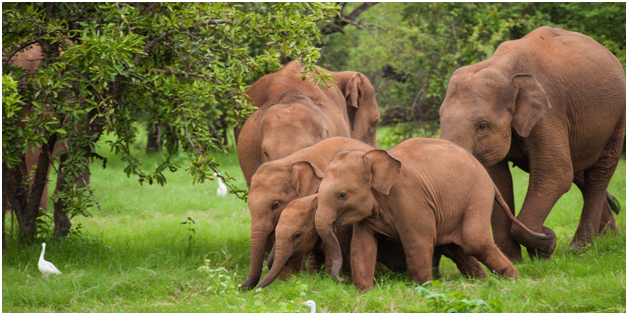 Bundala National Park is a maze of waterways, lagoons and dunes which is home to thousands of colourful birds, including the famed greater flamingo, and shelters almost 200 species within 62 square kilometres. Bundala National Park has a small, but very visible population of elephants and crocodiles. It lays across 20km across the Southern coast, between Kirinda and Hambantota. The main attraction of the National Park of Udawalawe is the high probability for travellers to spot and come within close proximity to Sri Lankan elephants during a safari tour. It is also home to the Sri Lankan leopard, and various endemic bird species.The total area of the park is almost 31,000 hectares, making Udawalawe National Park one of the most expansive parks on the island. 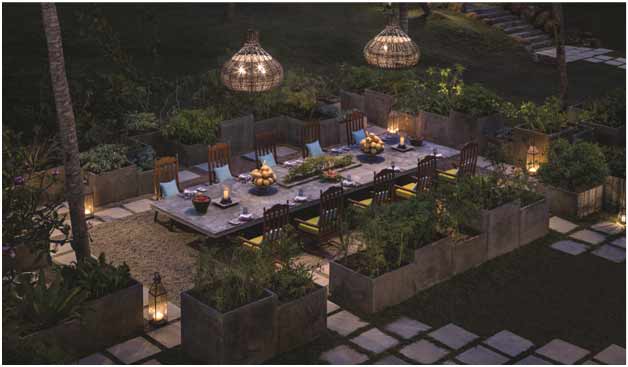 Keen surfers flock to easy-going Arugam Bay for the moon-shaped curl of beach regarded as the best surf spot in the country. Mirissa is well-regarded in Sri Lanka, as the clearest point for whale and dolphin watching tours 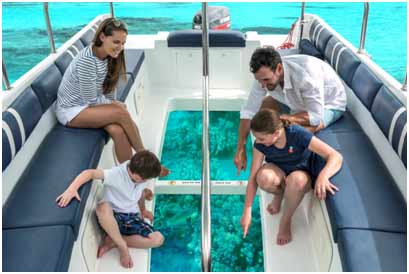 around the island.The season starts in November and ends in April, when the Indian Ocean is warm and calm.Often spotted are Blue whales, Bryde´s whales, Sperm whales, Fin whales, sometimes Killer whales, and Common dolphins, Bottlenose dolphins, Spinner dolphins, Risso’s dolphins and striped dolphins. Kadamandiya, otherwise known as ‘The Village’ is a cultural platform located within Shangri-La’s Hambantota Resort & Spa, which is dedicated to supporting and preserving Sri Lanka’s unique artisan communities. The Village provides a platform for some of the most talented sculptors, weavers, silversmiths and performing artists to showcase their work to a wider 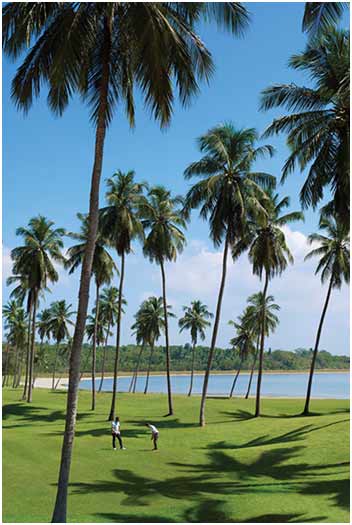 audience, and allows for guests to have the inside track into a region with untapped, exciting creative talent.

For younger thrill-seekers wishing to continue their adventure quest, Shangri-La’s Hambantota Resort & Spa offers a Cool Zone with highlights including a 7m-high trapeze, a drone-flying area and an outdoor water park, budding adventure travellers will be in their element both at ‘home’, and away from the trails. Shangri-La’s Hambantota Resort & Spa is located on Sri Lanka’s ancient Spice Route, along the island’s lush, unspoiled Southern coastline. With 145 acres of tropical gardens, there is ample space at this striking new property for guests to unwind within the spectacular surroundings, and make the most of the impressive facilities.

Hong Kong-based Shangri-La Hotels and Resorts currently owns and/or manages 98 hotels under the Shangri-La brand with a room inventory of over 40,000.