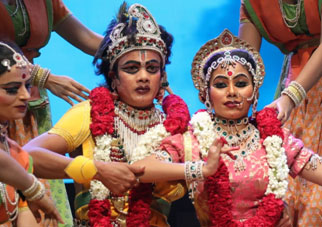 The famous annual dance drama organised by Shriram Bharatiya Kala Kendra, ‘Krishna’ rolled out its 43rd edition at the Kamani Auditorium, Copernicus Marg, New Delhi. The one week of the shows that started on 19th August, will culminate on 24th August, to coincide with the birthday of Lord Krishna, ‘Janmashtmi’, which is celebrated with much fanfare and devotion across the country. The musical keeps alive the tradition of ‘Raasleela’ that has been enacted in every city and locality since time immemorial, where dancers recreate the famous episodes of Krishna’s life. 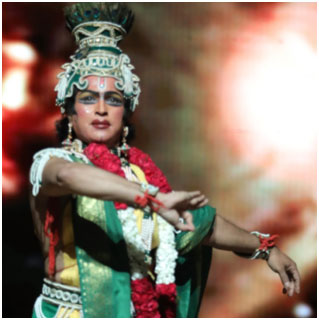 Padmashri Shobha Deepak Singh (Director & Vice Chairperson, Shriram Bharatiya Kala Kendra), under whose aegis this show was conceived, has brought in the classical dance traditions of India, Kathak, Mayur Bhanj Chau, Kalaripayattu and simple folk styles, to depict the life of Lord Krishna. The memorable sequences, right from his dramatic birth, his childhood antics, teen years, the return to his birthplaceMathura where he vanquishes his wicked uncle; migration to the west coast city of Dwarka, his role in the politics of Pandavs and the Kauravs, the famous battle of Kurukshetra, end with the curse of Gandhari. The two and half-hour experience is magical, and continues to thrill despite repeat viewings. Whether it was his joyous years of an adorable childhood or the antics he played while growing into a young adult, his romance with nature and his compassion for everything that had life or eventually attaining the stage of human adoration, Krishna and his very aura is fascinating. 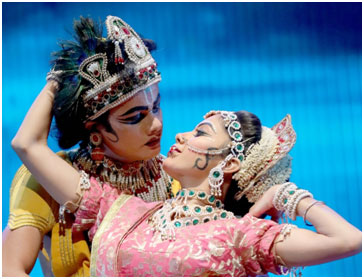 Shriram Bharatiya Kala Kendra has made its mark in presenting shows that hold immense importance in the history of India. The endeavour has always been to imbibe Indian traditions and values such that their relevance is deemed relatable in modern times. Like the various chapters in Indian mythology, the chapter onLord Krishna is also weaved in with an array of tales, beliefs, myths and magic, but it has always been revered as much practical, imparting knowledge in every day to day activity. The Kendra is known to innovate and improvise itself with every passing year. It ensures newness and dynamism to its annual plays through vibrant choreography, advanced technology, ornate costume designs and elaborate sets of international standards. This time around 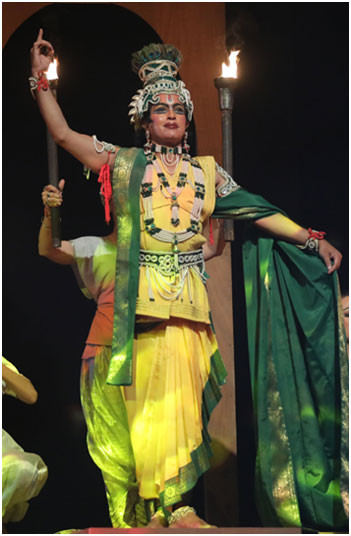 the Kendra will be using an LED wall to add a life-like experience to the show. There will be a new sound track, thus assuring novelty. Whilst keeping the soul of the show same, its treatment changes every year, making it new, refreshing and completely different from itself in the previous years; that testifies why Shriram Bharatiya Kala Kendra has such a substantial number of loyal audience!

In Shobha Deepak Singh’s words, “Krishna’ emotes the intrinsic truths of life, appealing in their fundamental simplicity, as enumerated by Lord Krishna. These lie within the folds of innumerable anecdotes, embedded in His life’s tales, perpetually inspiring in their traditional as well as today, in modern context. Brilliant choreography, lighting, costumes, sound, technical support and ambiance which create a suitable background, contribute to making all her productions heart-warming. In the showcase of violence, despite all odds, there emerges hope for eventual peace, despite apparent chaos in the present.”This year for the first time, Kendra has introduced a new audio video visual enhancing the video quality of the show.