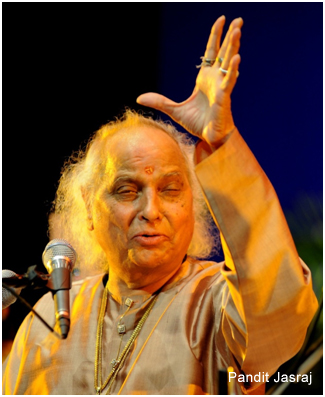 The Shriram Bhartiya Kala Kendra is hosting the 69th edition of the oldest music festival in the country, the Shriram Shankarlal Music Festival from 31st March to 3rd April, 2016. The Invitation Only event will be held at the Kamani Auditorium

The schedules and profile of the eminent artists who will perform at the festival are as follows.

3rdApril, Sunday11am and 7 pm – vocal by Ustad Rashid Khan at 11am and at 7pm flute by Rakesh Chaurasia followed by vocal by Pandit Jasraj.

Pandit Dr. NagarajRaoHavaldar is a leading artiste of the kiranagharana. He is the disciple of Pt. MadhavaGudi, (Bharat Ratna) Pt. Bhimsen Joshi, Pt. Panchakshari Swami Mattigatti and Pt. Havaldar who brings to his performances the subtle understanding of a scholar and the finesse of an aesthete. Hindustani Classical Music bhajans in various languages create a spiritually uplifting ambience. Pt. Havaldar has been a pioneer in popularizing the Kannada khayal by adapting Vachanas, literary works of Haridasa and suitable contemporary poetry in Kannada to the traditional khayal form.

Dr. AshwiniBhideDeshpande is an artiste from the intricate Jaipur-Atrauli khayalgayaki tradition. She is a disciple 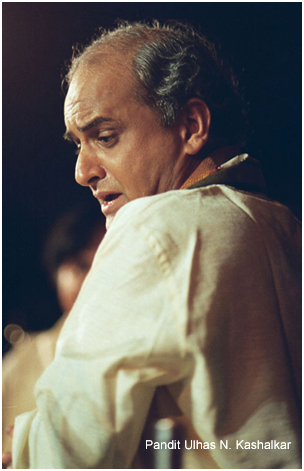 of her eminent guru,artist and mother Smt. ManikBhide. Her early SangeetSamskara was complemented by the very systematic training she received from age five

KaushikiChakraborty could reproduce Hindustani classical vocal patterns at  age  two. Her prowess as a khayal singer is well known, but she is adept at singing other ‘light classical’ genres like thumri, dadra, kajri, chaiti, bhajan etc. Whatever her chosen form, her singing is characterised by a fine balance of virtuosity, intellectual rigor and aesthetic sensibility. Kaushiki has recorded many albums and  received several prestigious awards, including the Jadubhatta Award, UstadBismillah Khan YuvaPurashkar (SangeetNatak Academy Award by the Government of India) in 2012, the BBC award for outstanding achievement in 2005 for the album “Pure”, the GIMA award for her album “Yatra 2”in 2012, Mirchi Music Award for the album “Yatra 2” in 2013, Aditya Birla Kala Kiran Award in 2013 and Bobby Sethi Music Award in 2015.

M. Venkatesh Kumar is gifted with a robust and vibrant voice. He has carved a niche for himself in the field of Hindustani music. Having trained a number of students, he is at present a regular performer on All India Radio and Doordarshan, having presented his art before audiences both in India and abroad, with several recordings to his credit. 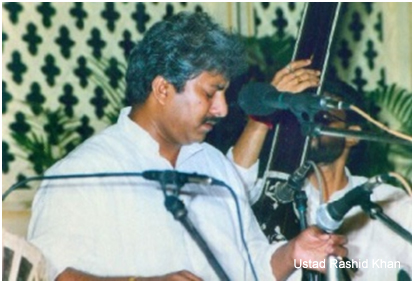 Ustad Shahid Parvez Khan is privileged with both belonging to an illustrious musical family, pushing its boundaries to even greater heights of aesthetic beauty. He has performed in all major musical festivals in India and abroad including the Festival of India held in the US, Europe, USSR, Canada, Middle East, Africa and Australia; PanditUlhas N. Kashalkar belongs to a family of musicians and was initially groomed by his father NageshDattatrayKashalkar, a well-known vocalist of Gwalior gharana. Ulhas is one of the prime representatives of Gwalior and Jaipur gharanas, who has earned wide recognition in India and abroad.

Ustad Rashid Khan has included the slow elaboration in his vilambitkhayals in the manner of his maternal uncle and also developed exceptional expertise in the use of sargams and sargamtaankari. He has also included the slower tempo vilambit. Ustad Rashid Khan is extremely adept in producing all the other techniques and characteristic features of the Rampur Sahaswan style. His taankariis as powerful and varigeated as any of his predecessors and, in fact, amongst the best in the nation at the moment. 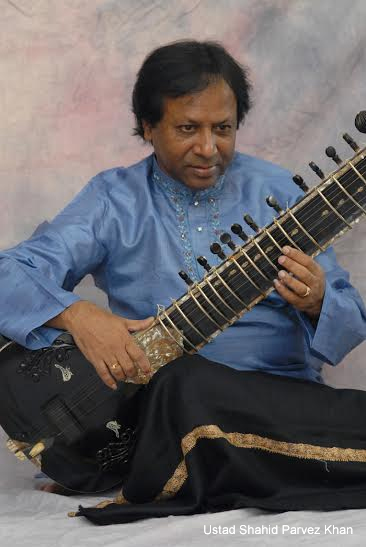 Rakesh Chaurasiais a child prodigy and the nephew of flute maestro Pandit Hariprasad Chaurasia. Amongst the promising musicians of the second generation, Rakesh has carved a niche for himself, as an accomplished flutist.

Founded in 1947, the Shriram Bhartiya Kala Kendra has secured for itself, an unchallenged position as an active propagator of the Indian Classical Performing Arts, Mythological, Contemporary and Folk Productions of epics. The Shriram Shankarlal Music Festival, has very successfully carried forward the tradition of incorporating a noteworthy synergy of the skills – of the country’s eminent maestros, with the vibrancy of exceptional young talent, without alienating the intrinsic heritage and successfully meeting the challenge of enjoying unabated popularity.