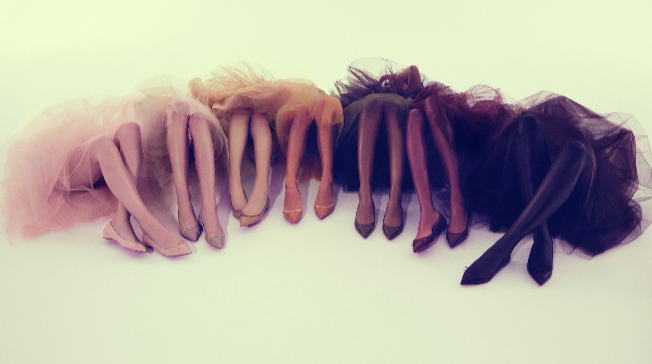 Originally launched in 2013 with five shades of nude and four styles, the Spring/Summer 2016 collection sees the spectrum extended with two new skin-friendly hues, the porcelain Nude #1 and deep chocolate Nude #7, bringing the current range of colours available to seven. The expansive collection ensures that every woman can find a nude perfectly suited to her complexion. This season’s Nudes are constructed of a new material: a soft, flexible, matte nappa leather. With less sheen than a classic kidskin, the texture closely mimics the feeling of skin, allowing the shoe to nearly disappear on the leg, further alluding to a feeling of nudity. In addition to the extension of shades and updated selection of material, Spring/Summer 2016 sees the introduction of a highly anticipated new style to the Nudes collection, a delicate, pointed toe ballerina flat, the Solasofia. 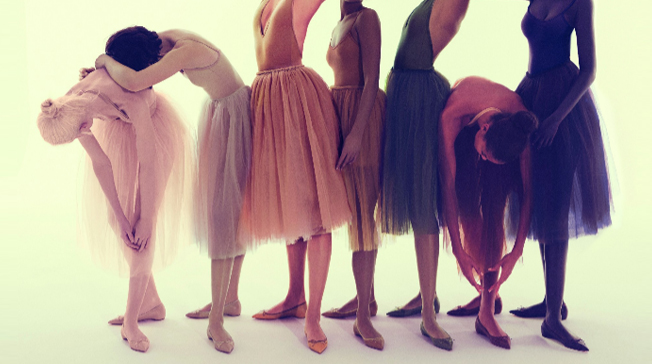 A classically Parisian silhouette, the Solasofia is endlessly versatile and joins Pigalle Follies 100 and Senora 100, which are also available in seven shades of nude. Christian Louboutin’s Nudes remains the only offering of its kind within the world of luxury footwear, even three years post-launch. Find the hue for you at ChristianLouboutin.com and in select Christian Louboutin boutiques globally.

Christian Louboutin was created in 1992 with the opening of his first boutique at 19 Jean-Jacques Rousseau in Paris. An artist and a craftsman with a true passion for shoes, his designs are unique and instantly recognizable, thanks in part to their signature and now trademarked red lacquered soles. Louboutin’s collections for both women and men combine wit, glamour, elegance and technical proficiency like none other. Since the brand’s launch, his creations have been immortalized in museums, on fashion week runways, red carpets, and in pop culture around the world. A woman’s beauty has always been at the centre of Louboutin’s inspiration, and 2014 welcomed the launch of Christian Louboutin Beauté with its first nail colour, Rouge Louboutin. The brand’s highly anticipated ‘second chapter’ of beauty, lip colour, launched in September 2015. With a prolific collection of women’s and men’s shoes, day and evening handbags and small leather goods, Christian Louboutin now counts more than one hundred boutiques around the world, including several locations dedicated to men’s and a one-of-a-kind beauty boutique located in the heart of Paris’ 1st Arrondissement, just two doors away from 19 Jean-Jacques Rousseau