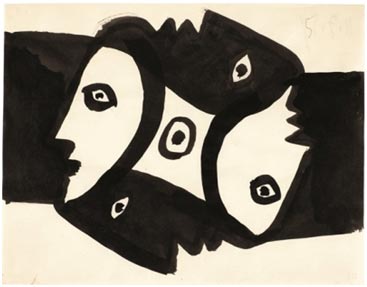 Sotheby’s London is presenting a special show, Tête à Tête avec Picasso: Unique Works from the Collection of Marina Picasso at their upcoming Impressionist & Modern Day Sale, to be held on 5th February 2020, in London. As part of the sale, Sotheby’s will present forty-two works from the private collection of Pablo Picasso’s granddaughter, Marina. The truly extraordinary variety of Picasso’s all-embracing oeuvre is represented by the broad range of works offered from the Collection of Marina Picasso, offering an exceptional insight into the artist’s boundlessly creative approach towards capturing the essence of each character’s personality.Incorporating examples from across Picasso’s lifetime, highlights of the collection include Cubist drawings from the 1910s and a superb selection of unique ceramics, all of which foreground the artist’s fascination with the human face in all manner of mesmerising forms. These objects remained with Picasso for his entire life and were inherited by Marina in 1973. 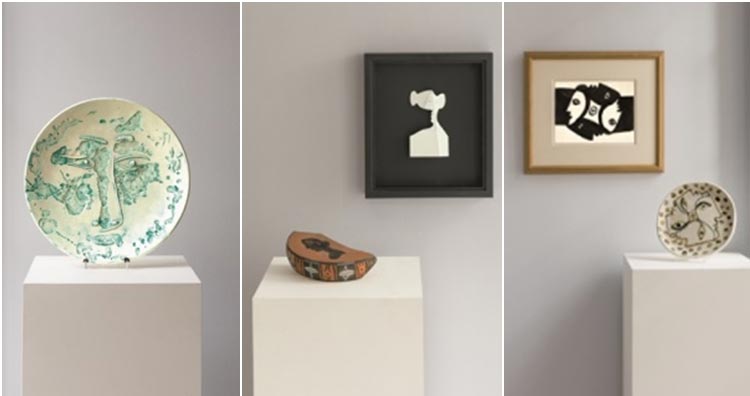 The following group of works, from the illustrious collection of Marina Picasso, Pablo Picasso’s granddaughter, represents a singular insight into the artist’s fascination with portraiture and his unique ability to capture the essence and personality of every visage. Spanning the entirety of his career and bridging both his painterly and sculptural mastery of the ceramic medium as well as his celebrated and spontaneous draughtsmanship on paper, the present grouping focuses particularly on the motifs of the portrait, head, face and personality, subjects for which the artist was most greatly admired. 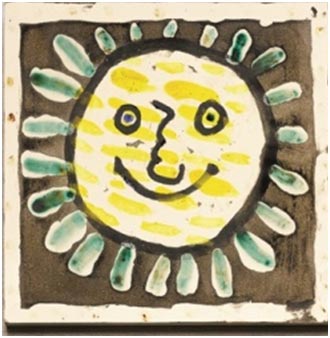 Picasso’s singular ability to distil and exaggerate the idiosyncrasies of each of his subjects across a myriad of mediums and styles sets him apart in the canon of twentieth century art history. The present collection, a select and personal grouping of works on paper and ceramics from the artist’s family collection, recognises the artist’s lifelong practice of caricature. Having started as a schoolboy in the 1890s, Picasso constantly engaged with the characters surrounding him, originally school colleagues and later dealers, patrons, friends, lovers and rivals, the artist captured their essence all in a few bold strokes. Musing on this skill the artist noted, ‘… when one paints a portrait, one must stop somewhere, in a sort of caricature.’

Later, he contracted this further to ‘all portraiture is caricature’ (Pablo Picasso, quoted in Dore Ashton, Picasso On Art: A Selection of Views, Cambridge, MA, 1988). The drawings in the Marina Picasso collection include early sketches, some executed whilst the artist was still in Spain, as well as a range of later works that demarcate important phases in Picasso’s evolution as an artist. From naturally expressive drawings to sculptural collage, quixotic sketches and cubist compositions, Picasso’s work with paper spans his entire lifetime and represents his persistent desire to transform traditional notions of figurative representation. In combination with a significant group of ceramics, some of which date back to the artist’s early experimentation with the medium whilst at the Madoura Pottery in Vallauris in the late 1940s and others which were produced in the last years of the artist’s life, the present group of drawings affords us an insight into the artist’s exploration of the complexities of representation. The artist’s work in ceramic, intimately related in both theme and subject to his broader oeuvre, distilled his creative genius to its most accessible components and allowed the artist to present his favourite subjects in a medium that fused painting, drawing and sculpture into one single, fluid process.