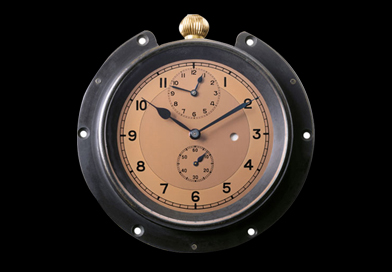 In 1911, ACM launched the Rallye de Monte-Carlo, the first event gathering drivers from all across Europe, at once to prove that steam or gas powered vehicles could successfully cross the continent in winter, and to showcase the final destination, the famous casino capital of Monte Carlo. That same year, TAG Heuer patented Time of Trip, the first 12-hour dashboard chronograph for cars and aircrafts. In 1916, Heuer unveiled another time-changing breakthrough: the first stopwatch accurate to 1/100th of a second. In 1929, ACM pioneered the first Formula 1 Grand Prix within a city centre; and 70 years later it organized the first clean-energy rally.

This May, however, all focus is on the key event of the racing season, the Grand Prix de Monaco—TAG Heuer’s 499th Grand Prix with its longtime partner McLaren Mercedes. The storied event gives TAG Heuer a new opportunity to assert, once again, its status as the Swiss watch brand of record in Formula One.

The first watch brand to sponsor a professional driver — Jo Siffert, 1969. The brand whose colours, crest and watch co-starred with the great Steve McQueen in Le Mans, 1971. The first watch brand to partner with a Grand Prix team — Scuderia Ferrari, 1971-1979. The most-winning watch brand at Monaco (15 victories) as part of the longest-running partnership in Formula One (29 years) with McLaren Mercedes — 1985 to now. The Official Timekeeper of Formula One, 1992-2003 — 1/1,000 of a second. The Official Timekeeper of Indy Racing League, 2004-2006 and again in 2014 — 1/10,000 of a second. The Official Partner of the Monaco Grand Prix with Automobile Club of Monaco (ACM) — 2011 to now.
The Brand That Invented The Motor-Sports Chronograph

TAG Heuer forged the original link between race cars and watches, then crafted and perfected it, pushing it to an unprecedented level of luxury prestige.

Through its longstanding links with the best teams, drivers and cars in motor racing, the Swiss brand, the undisputed world leader in luxury sports chronographs, has pushed time and its keeping to dizzying levels of precision — 1/10th, 1/100th, 1/1,000th and 5/10,000th of a second.

Every motor racing world champion from Juan Manuel Fangio to Jenson Button has been part of the TAG Heuer legend. So has almost every race in the sport, but none more so than the mythic Monaco Grand Prix, the most prestigious of them all.

In 2011, TAG Heuer and the Automobile Club de Monaco signed a historic agreement making the Swiss brand the ACM’s Official Watch and Chronograph and Eyewear Partner of its most glamorous event: the Grand Prix of Monaco.

As with all of TAG Heuer’s racing partnerships past and present, TAG Heuer goes beyond hanging its colors on a banner and popping the champagne. Long before the race starts, TAG Heuer is down in the pits and the paddocks, working side by side with the drivers and crews.

The prestigious event is the perfect foil for the newest in the TAG Heuer racing stable:

A Time Changer of utterly revolutionary design, and a racing legend spanning decades: when TAG Heuer launched the Monaco in 1969, the brand achieved two world firsts: the first water-resistant watch with a square case and the first automatic chronograph. The very next year, Steve McQueen fell for its stunning look and wore it in his classic Le Mans movie. The legendary actor made it an icon. Way ahead of its time then, it is still as absolutely cutting-edge in its newest incarnation, the Monaco Calibre 6 Automatic 2014.

As rugged as Steve McQueen and as thrilling as the world’s most prestigious race, the 2014 Monaco Calibre 6 is completely in line with the Monaco universe. The new edition offers uncompromising styling and a daring all-black look, with black titanium carbide-coated case (with special fine-brushed and polished finishings) and crown, black dial with white luminescent markers and high-contrast red small second hand, and a black sub-counter with opalin finishing. The perforated calfskin leather strap with red lining adds that final touch of masculine swagger.

The one and only CARRERA, the first sports chronograph designed for professional drivers and sports-car enthusiasts, is the standard-bearer of TAG Heuer’s unrivaled motorsports heritage. Created by Jack Heuer in 1963 and named after the dangerously grueling “Carrera Panamericana Mexico Road Race”, it was standard issue for Ferrari drivers. In 1970, every member of the ‘scuderia’ — Jackie Ickx, Clay Regazzoni, Mario Andretti, Carlos Reutemann and Jody Scheckter — wore a solid gold Carrera engraved with his name and blood type. Since, It has been worn by every TAG Heuer driving great: Alain Prost, David Coulthard, Kimi Räikkönen, Fernando Alonso, Lewis Hamilton, Jenson Button

This newest addition to the CARRERA legend is standard issue for McLaren drivers and pays tribute to the Monaco Grand Prix—the race’s name is lettered in red on its ceramic bezel with tachymetre scale, and its official logo is engraved on the sapphire caseback, along with the limited edition number (0001/2,500). Beneath the glass beats TAG Heuer’s 100% in-house manufactured Calibre 1887 movement. The fetching dial is in black, with two grey stripes and a red line. The hands and hand-applied Arabic numerals are in special “black gold” plating. The 43mm case is in sandblasted Titanium Grade 2 with black titanium carbide coating. The black rubber strap is embossed with a unique tire design inspired by the F1 tires of 1963, the year the Carrera was born. Racing look aligned with true racing lore, in an exclusive homage to a unique heritage.

This spectacular chronograph takes its design cues from Heuer’s pioneering dashboard timers and the TAG Heuer Carrera Mikrogirder, winner of the “Aiguille d’Or”— the highest award in Swiss Watchmaking—at the Grand Prix d’Horlogerie de Genève in 2012. Classic stopwatch and car-racing aesthetics inspire its black dial with sunray effect and hand-applied Arabic numerals, and chronograph sub-counters with silver polished outlines. The 45mm case is in polished, fine-brushed and sandblasted steel and titanium, with black titanium-carbide coated fixed bezel and sides. The smoked sapphire caseback puts the daring in-house Calibre 1887 movement on display. The strap is in soft-touch black alligator, with black titanium folding clasp and safety pushbuttons. In every way, this chronograph is a tradition-breaking tribute to the House’s quest for ultimate performance.