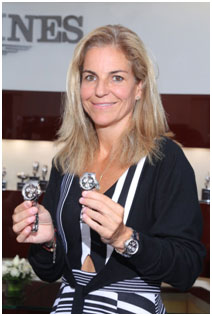 The French Tennis Federation (FFT), organizers of the world’s premier clay court event – Roland-Garros (aka The French Open), in association with All India Tennis Association (AITA) today launched the third Indian edition of Rendez-Vous à Roland-Garros in partnership with Longines. Returning for the third consecutive year, the tournament is aimed at promoting young talents and clay-court tennis in India.

Speaking on the occasion, the event’s ambassador and former world no. 1 Spanish champion Arantxa Sanchez said,”I am extremely excited to be part of the Rendez-Vous à Roland-Garros in partnership with Longines. Longines has a rich history in the world of tennis and the Conquest Roland Garros is a fitting tribute to this. It is a beautiful timepiece which in my mind is a great representation of sporting elegance.” 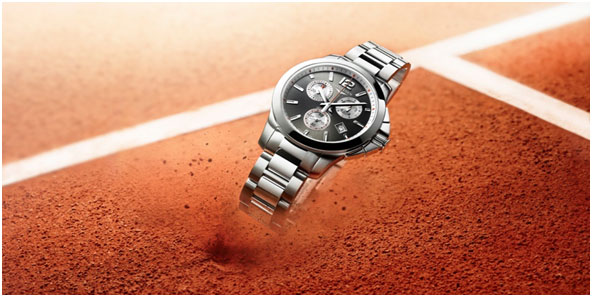 To mark the 10th edition of Roland Garros since the beginning of Longines’ partnership with the FFT, Longines 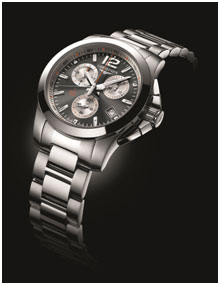 launched the Conquest Roland Garros ladies model, specially designed to celebrate the prestigious clay court tournament in Paris. This new chronograph is sure to delight sportswomen who seek to wear a timepiece that combines dynamism and performance without compromising elegance, like Longines Ambassador of Elegance Stefanie Graf, six-time winner of the French Open, who enthusiastically supported the development of the watch.

Designed in the spirit of tennis, the men’s Conquest 1/100th Roland Garros model, responds to the needs of athletes, professionals and sports fans, besides many others, since it measures multiple intermediary times and has an intuitive analogue display that shows the time to one hundredth of a second using a separate hand. Touches of orange on the hands, the dial or the flange indexes subtly hint at the iconic clay of the French Open courts, while the case back is engraved with the logo of Roland Garros. 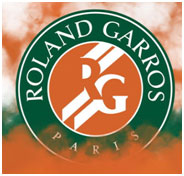 Roland-Garros is run by the French Tennis Federation and held every year at the Porte d’Auteuil in Paris. It is the only Grand Slam to be played on clay – one of the oldest and most noble surfaces in the history of tennis. Some 463,328 spectators flocked to the French Open in 2015, and the tournament was broadcast in 224 territories across the world, making it an event of truly global significance.

Based at Saint-Imier, Switzerland since 1832, Longines watchmakers enjoy an expertise steeped in tradition, elegance and performance. With generations of experience as the official timekeeper for world championships, and as partner for international sports federations, Longines has created lasting and durable links in the world of sports. Known for the elegance of its timepieces, Longines is a member of Swatch Group Ltd, the world’s leading manufacturer of watchmaking products. The Longines brand, with its winged hourglass emblem, has been established in over 150 countries.