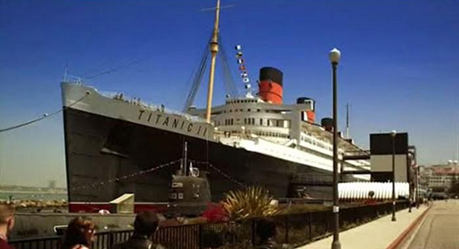 There is a fatal attraction to the famous British luxury passenger liner RMS Titanic, which sank on April 14–15, 1912, during its tragic maiden voyage, en route to New York City from Southampton, England. The incident which resulted in the loss of nearly 1500 lives, has inspired several stories, nearly 25 TV series and 17 movies made by Americans, English, Italians, Spanish, French, German and even Russian cinema.

To commemorate the 100 years, in April 2012 Australian millionaire Clive Palmer announced a replication of the vessel, Titanic II, as the flagship of the cruise company Blue Star Line Pty. Ltd. of Brisbane, Australia. The launch date of 2016 was differed to 2018 and now it is set for 2022. The new Titanic II will be retrofitted to match the interiors of the original ship. Of course, the disastrous shortcomings of the original Titanic will be avoided, with a welded hull, an overload of life-boats, modern navigation and radar equipment. The Titanic II will have nine decks and 835 cabins for 2,435 passengers in first, second and third class. 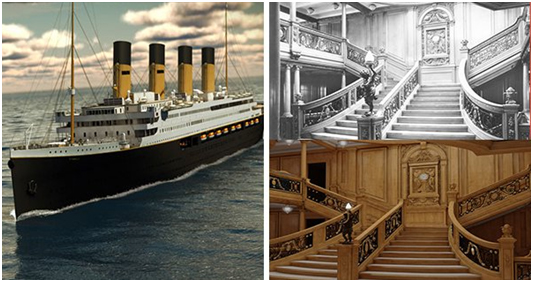 Clive Palmer is reported to have said, “The ship will follow the original journey, carrying passengers from Southampton to New York, but she will also circumnavigate the globe, inspiring and enchanting people while attracting unrivaled attention, intrigue and mystery in every port she visits.”

The Chinese are making one too, a replica of the RMS Titanic, a full-scale reconstruction of the original, commissioned by Seven Star Energy Investment and constructed by Wuchang Shipbuilding, at a cost of approximately $161 million. But this ship is not going to sail the oceans. Rather it will be parked in a reservoir in the Qijang River, and serve as a tourist attraction, with rooms for stay and dining.