By Gunit Gogia
At the eastern proximity of the ancient silk route lies a small country whose credentials as an exporter of petroleum and its products have been established beyond doubt. Its cuisine, however, still lies in relative ignominy. As such, it would be a crying shame to pass on an opportunity of delving into the gastronomic delights that Malaysia has to offer.

Malaysian food, much like its population derives its roots from a smattering of varied cultures – Malay, Chinese, Indian and Indonesian, replete with thinly veiled influences of their Thai neighbours. The Dutch and British ruled this equatorial state for several years. Not surprisingly, the cuisine presents notes of European subtlety which, though surprising, are nothing short of elegant! Such is the complex beauty of their food. Case in point, the Negri Sembilan, once the forte of the Minangkabaus of Sumatra, features food rich in coconut milk and ingredients indigenous to West Sumatra – carabeef, beef, tropical vegetables and bird’s eye chillies, also known as Cili Padi.

It was this culmination of identities that I experienced on a platter atTamra, the new all day dining at Shangri-La’s – Eros Hotel, New Delhi, which hosted an exclusive Master Class with Chef Muhammad Lisarani from Shangri La Kuala Lumpur to kick off the Malaysian Food Festival in association with Tourism Malaysia and the Malaysian High Commission.

Tamra has been striking all the right chords over the past few months. Chef Muhammad Lisarni, the architect of this tropical feast, played out his style using traditional methods showcasing simplicity, freshness and natural textures, which are imbued with cultural influences. We were treated to an extraordinary spread of Malaysian delicacies with a small introduction beforehand as we sipped on an aperitif – the ‘Asian Lemonade’ – made of a grapefruit base laced with cranberry and ginger juices, with a portion of 7up on top.

The story of Malay food hence unfolded. South Indian labourers, brought in by British colonists to work in the rubber estates, brought along with them their ingredients and cooking techniques such as extracting some excess flavour by frying spices in oil. Ingredients from southern India like okra and purple eggplants, brown mustard, fenugreek and curry leaves are often used in Malay dishes today. A Malaysian kitchen must contain a multitude of ingredients, a few of which will be found invariably in every Malaysian kitchen:

Chilli Peppers (dried and fresh): Chilli Peppers, both red and green are used in Malaysian food to provide that extra piquancy where required. Chillies are also used to make one of the most important pastes in this cuisine,Sambal.

Belacan (Shrimp Paste): This is indispensable in a Malay kitchen, equivalent to an Indian masala paste or Thai curry paste.

Kelapa (Coconut): Coconut, used in its various forms.
Serai (Lemongrass): Quintessentially Malaysian, it is used in a majority of dishes.
Nasi (Rice): Rice is the staple food of Malaysia and different kinds of rice are grown such as white rice, glutinous rice etc. It is also used to prepare a popular rice porridge called Congee.

This brief introduction having culminated, the show hit the road. The journey began with the salad bar offering up Pegedil Ayam (a deep fried chicken and potato cutlet), Serunding Ikan (spicy dried fish fillets), Kerabu Taugeh (bean sprout salad with dry coconut) and the sinister looking but flavoursome Acar Buah (mix fruit pickle, much like a clone of our own indigenous “achar”).

Following close on its heels was a delightful Kerabu Mangga Muda (Raw young mango salad with chilli paste). This was a revelation in its own right – fresh and sweet, yet sour and spicy. Then came along Nasi Impit(Compressed Rice) made by boiling glutinous rice for about 6 hours so that all the water is absorbed and only a lump of rice remains followed by a serving of Chicken Skewers or Chicken Satay. No surprises there, it being possibly the most widely known Malay dish. All this, with a side of salad and some sweet, crunchy and nutty peanut sauce -the evening was progressing well.

I have mentioned in my previous features that on such occasions, even the best bred of the lot may transform into unwitting gluttons and fall prey to stray temptations. The buffet was lavish, and the dishes enticing. On ambling along the buffet counters, I found myself picking up a Grilled Lamb Rack with Malay Spices, some Terung Goreng Bersambal (Deep fried eggplant with chilli paste),Sayur Lodeh (Mixed vegetables in coconut stew),Ikan Kerapu Masak Lemak Cili Padi (Grouper fish in spicy coconut and turmeric gravy) and Kari Ayam Kapitan (Nyonya chicken curry). Each dish, exquisite in its own right, balancing different spices right on the edge and representing different cooking styles was impeccable. I particularly enjoyed the chicken curry as the flavour was not too mild and just a tad bit spicy to overpower the coconut milk.

The finale of this food journey was performed by some highly unusual authentic desserts such as Pengat Pisang(Sweet banana in coconut stew), Ondeh-Ondeh (Glutinous rice ball in palm sugar), Kuih Keria (Deep fried sweet potato doughnut) and Kuih Bakar Pandian (Baked Pandian cake). All these desserts showered one with different flavours some of which weren’t completely suitable for an Indian palate qualify as a dessert in its true sense(as we were warned beforehand). But the glutton in me had tasted proverbial blood and there was no stopping him. I devoured the Pengat Pisang because it was a simple three-ingredient sweet with a perfect blend of sweet and syrupy connotations.

If all this wasn’t enough, following our king’s meal, we were given a MASTERCLASS on Malaysian cooking by the Chef de Cuisine himself and he taught us how to make some Kerabu Mangga Muda (Raw young mango salad with chilli paste), Chicken Satay and the beautiful, delicate yet easy to prepare Ayam Masak Lemak Cili Padi (Chicken in spicy coconut turmeric gravy).

Along with a painstaking stepwise demonstration, he gave us an insight into the use of each ingredient and why each ingredient is used in that particular dish and how each dish that he was preparing in India was different from what he prepares back in Kuala Lumpur. At the denouement of this exquisite journey, we interacted with the Chef exclusively, and asked him many questions. We share with our readers what he said about the two critical queries we made.

Malaysia is spread over various islands bordering Thailand and Indonesia. How is Malay cuisine different from these countries’ cuisines?

Chef Muhammad Lisarani – The ingredients are the same. It’s only the cooking methods that are different. Otherwise, sometimes, we put more of an ingredient than the other cuisines and vice-versa.

And how is Malaysian cuisine different in different parts of Malaysia?

Chinese and Indian cuisine are globally appreciated cuisines and there are techniques, dishes and spices from Malaysian cooking that have been added to the above two cuisines by the neo entrepreneurs of today, to diversify their businesses. As a result, Malaysian food, though unique, loses steam when compared to Indian or Chinese food. This is the biggest reason why Malay cuisine is less popular in world as Malay cuisine but people around the world know the same dishes by different names. 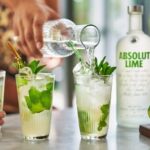 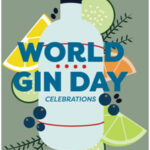 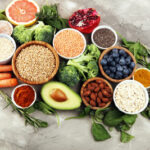 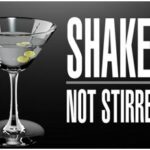 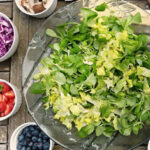 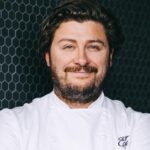 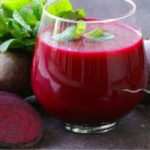 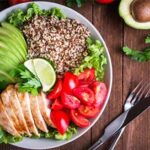 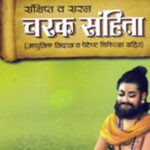