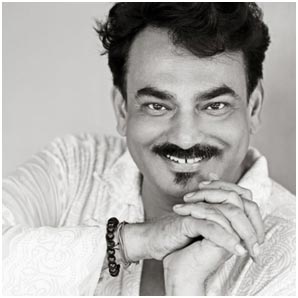 The renowned fashion designer Wendell Rodricks succumbed to a heart attack, at his Colvale residence in Goa on Wednesday, 12 February 2020.He is survived by his partner Jerome Marrel. The news sent ripples across the fashion fraternity, and across the globe, amongst the many people whose lives he had touched. Aged 59, Wendell Rodricks was not just an accomplished fashion designer, but also a writer, social activist, voice of the LGBTQ community, revivalist, among other things. The Goan designer was the recipient of the fourth highest civilian award in the Republic of India, the Padma Shri in 2014, and the French award, Chevalier de l’Ordre des Arts et Lettres (Knight of the Order of Arts and Letters) in 2015.The designer had launched his namesake fashion label in 1989 and in 2017, he brought in his protege Schulen Fernandes to be the creative force behind the label, while he devoted his energies to his museum and other projects.

As a denizen of Goa, who loved his state, he remained an active voice of Goa for the various issues affecting the region. He revived the Kunbi sari, a local weave, and brought it into focus. In 2012, he published his book on Goan fashion, ‘Moda Goa: History and Style’, and in 2017, he brought out his book, ‘Poskem: Goansin the Shadows’. He published his autobiography, The Green Room,in 2012. Wendell. For the past few years, he had been passionately involved in the setting up the Moda Goa Museum, which is housed in his original home in Goa. The museum is an ode to history of Goan costumes and Goan fashion artefacts.

An established name in the fashion industry, Wendell Rodricks could spot talent and is attributed to having launched Deepika Padukone on the fashion catwalk before she became an actress, and many other prominent models. The social media is abuzz with messages of grief pouring in.