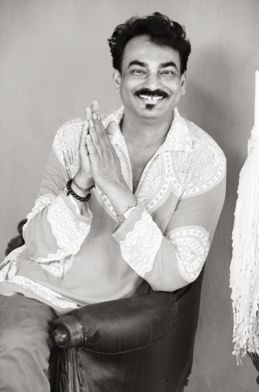 Wendell Rodricks is doing what should have been undertaken by the leading Fashion bodies like FDCI or a Fashion Institute such as NIFT. And that is creating a size chart specific to Indian body type. We are already familiar with the problematic issues when buying a US or UK brand of clothing, where the Indian hip size or arm and collar sizes never sit perfectly in proportion.

The globetrotting designer who sits ensconced in Goa, hit the right note and for a first in India, has created the Indian Women’s Size Chart, which is being launched at the upcoming Lakmé Fashion Week Winter/Festive 2016. In a Q & A exclusively with The Luxury Chronicle, Wendell Rodricks shares the details of his long years of research. (scroll down to see chart)

Please tell us when this idea occurred to you?
I have had this concept in my head for decades. But it needed honing. When Lakmé agreed to spread the word, I went ahead this season

When did you start working on the project?
When I got back from Paris to India in 1988, I was surprised that there was no Indian standard chart. I learnt to work with both US and French sizing. But Indian women were a challenge as their bodies were different in many ways to American and European bodies. They are slimmer than American sizes and larger than French sizes.

What were the key points you had to keep in mind while arriving at the size chart?
It was an endless time of simply measuring Indian women and arriving at an average. 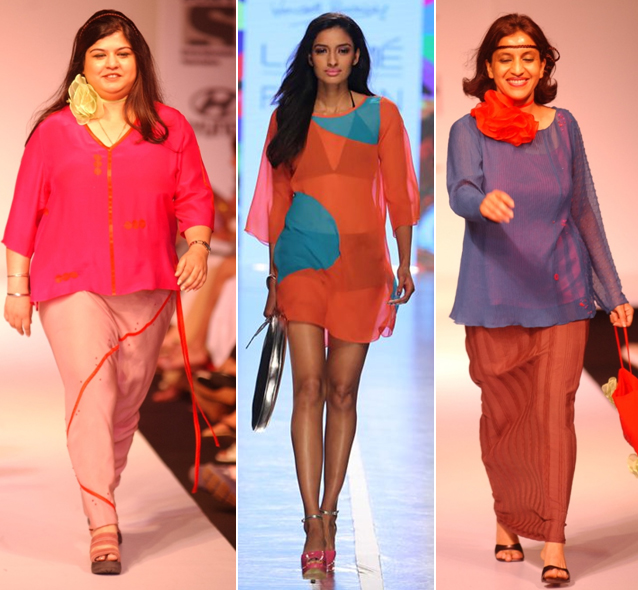 What were the difficulties you faced while preparing this chart?
Imagine a country where some shoulders are wider in the North but petite in other Southern and Western parts. This is a generalization because even in those areas, it was so varied. Tamil women for instance have so many bone structures. One can go from big boned Dravidians to smaller framed Tamilians. It was a huge challenge.

Did you find any difference in the sizes of women all over India?
Women in India are not just a different size in various parts of the country. Very often they had two sizes in one frame…normally a size larger for the lower body. So, for example the torso could be medium but waist below the measurement was a size larger. Same with age and child bearing – both alter the body dramatically.

Will you be using this chart for your collections or have you already been using it?
I have been using the chart for years, which is why we have little or no alterations. At fashion weeks we have a reputation to finish fittings in under an hour. Most often we could do them within 15 -30 minutes, if it wasn’t for Polaroids, busy change rooms and shoe tagging, etc. 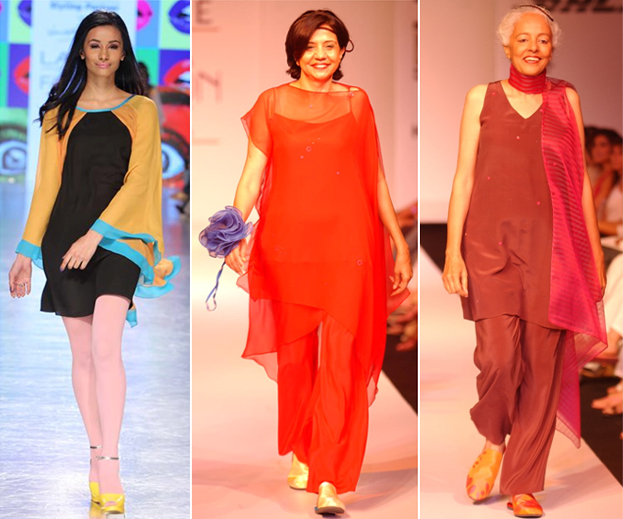 Did you have to do a survey to create the chart?
We started doing the survey earnestly when I was at Garden Vareli. We were ahead of our times with Ms Vareli. They were attempting a prét line for India and it was a huge challenge and game changer. It was at the Garden studio in 1989 as Chief Designer that I realized the Herculean task on our hands to define the Indian woman in terms of a countrywide sizing. Since then, we have been tweaking this chart. Now, 27 years later, we finally have it. Much more can be done to fine tune it, but it is off to a good start.

What type of references did you look at to create the chart?
There was no reference. It was all observation and persistence. I saw the size of the average Indian woman change all over the country. Normally it was a slim upper but heavy breasts. Then a thick waist and ample hips that normally ended in skinny legs (in comparison).

What did you discover along the way?
I discovered that there was a way to cut clothes to accommodate the Indian woman. There were also ways to layer, use sheer effects and hide flaws. Or at least what they thought were flaws. Indian women think that their hips are wide. But frankly between a model at 36″ and a regular woman at a 40″ hip, there is just an inch extra: front, back and both sides. For me as a designer I did not see it as a huge difference. I was always playing doctor and assuring them that it was no big deal. In my experience in the industry, I realized that all Indian women wanted to look slimmer, taller and feel beautiful. Indian women don’t want Goth or Punk. They have an inbuilt sense of Shringar. They want to look and feel beautiful. Once I realized that, I cut the clothes with colours, textiles and the chart in mind.

How different is the size chart from the USA, UK, and EU?
Totally different, we have larger breasts and hips, but more beautiful faces. Best to keep a focus on the styles that flatter the face than attempt to show off a slim frame like a Parisian lady. 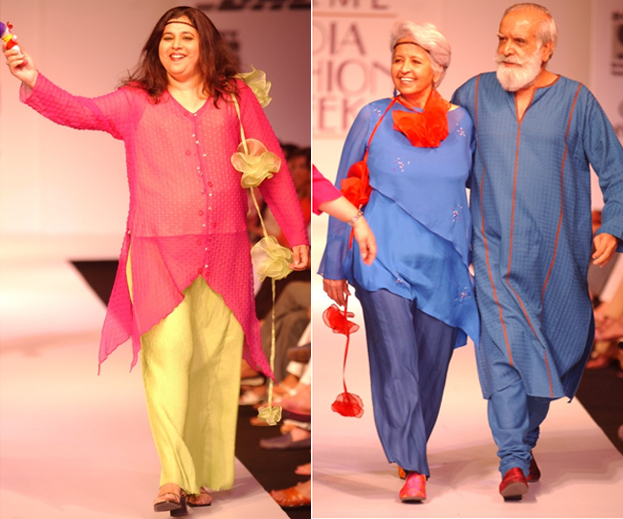 Is this for women only or also men?
The men’s sizing has been done by the West. It goes by collar size for shirts and waist size for trousers, same with jackets. Indian men don’t need a sizing chart.

How different is the Indian female form compared to the west?
Too many differences not only in size but also complexion. When I completed the chart I realized that as important as the chart, was the attention to the other details. Indian women wear more jewellery, so they prefer 3/4 sleeves to show a bangle or they need a deeper neckline more than boat necks. How deep does one go for necklines and how much is 3/4 sleeves is for me more important than the chart. We could not address these issues in the chart as it is so personal. But we did an average for different heights. One Indian lady likes more cleavage, the other wants to cover up. In the West they follow trends. What is on the racks is what is on offer to wear that season. They have no choice; here we are spoilt for choice….thankfully.

What are the pros and cons of the Indian female form?
The biggest pro is that we have Indian garments and a wide repertoire of styles to choose from. The West has seven garments to play with in a women’s wardrobe: skirt, blouse, trouser, jacket, frock, cocktail dress, evening gown. In comparison, India has an Aladdin’s cave of delightful shapes, sizes, silhouettes.

The only negative I see in the Indian female form is that when one looks at history, we have become more conservative. Yet when we want to be modern, we look at a Western garment. Too many high heels and tight minis make our ladies, young and old, look like New York women of the night. We need to define our own ideal of the female form. It expresses itself best at our festivals and weddings. That is when the Indian female form is truly celebrated. 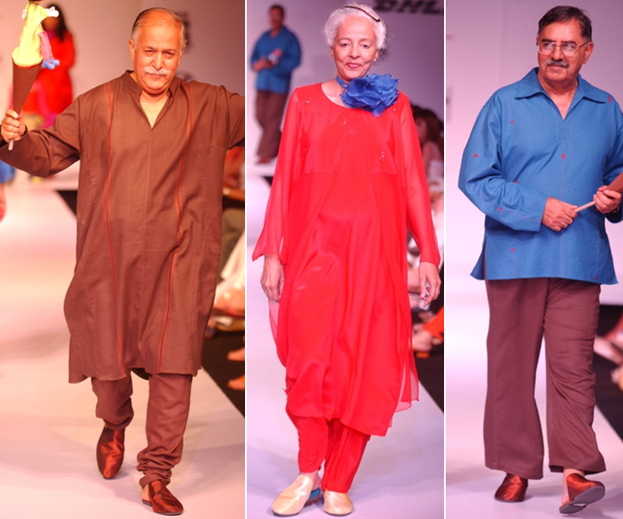 Is this chart suitable for western and Indian wear?
Yes, it is. We have left the seam allowances open ended depending on the style of the garments 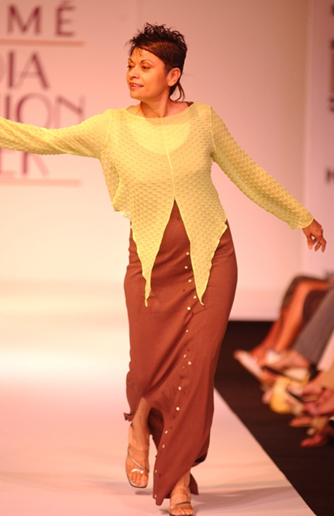 happens now is that a designer goes by where they were trained overseas or in the country. So one ‘small’ is someone’s ‘medium’ or even ‘large’. Then the store orders in those sizing. The client is dazed and confused on the retail floor as in one designer rack; she is one size and different on other racks – same with malls, shops and even small tailoring units. The country is in a sizing mess which needs to be sorted out. Imagine we will be the world’s largest consumer in a few decades and we shamefully don’t have an Indian women’s sizing chart. We follow the West and the East but don’t have our own size. China and Thailand have their sizes, What about us?  It is this shame that led me ask Lakmé Fashion Week to put out a chart.

Will fashion designers follow it?
It is entirely up to them. But if buyers insist on a uniform size and demand a medium waist for example as per this chart, the designers will have to listen. In fact designers, especially the young ones will embrace it as I can see the problems they have at fittings. Secondly, colleges will finally have a chart to teach from. I see models’ fittings and am amazed at the chaos. Ask a young student what is an average model size and they don’t know. I can rattle off their measurements in my sleep, which is why we never have a fitting problem. Maybe just the height and lengths need to be altered, and that too because some models are shorter or taller.

Do you think there should be a dictate that labels and designers must follow this chart?
I hope so. But this is a guideline and if the industry accepts it naturally, it would be better than dictating it like a draconian style ‘mandatory order’.

Who should declare this dictate?
Ideally the Ministry of Textiles, FDCI and fashion leaders at all levels, from show directors to models, buyers to retailers…everyone will feel a huge sense of relief and time saved over the many problems of not having an Indian Women’s Standard Size Chart.

Any other experiences you had while doing this chart?
It was a joyful experience. I am happy to do this for India. I recall that I had this chart drawn up five years ago. But no one felt the need. And the ones who I showed it to said, “Are you crazy giving out information like this. Keep it for yourself and don’t be so generous.” I was shocked by this attitude. This year our Trapezoid collection celebrates diverse women on ramp. I told Lakmé Fashion Week that I had this chart. They jumped at the concept as it is a revolutionary event for the Indian fashion industry. It is not for a big PR story that we are doing this. We are doing this Indian Women’s Standard Size chart because India as a progressive, proud, emerging world player needs it. 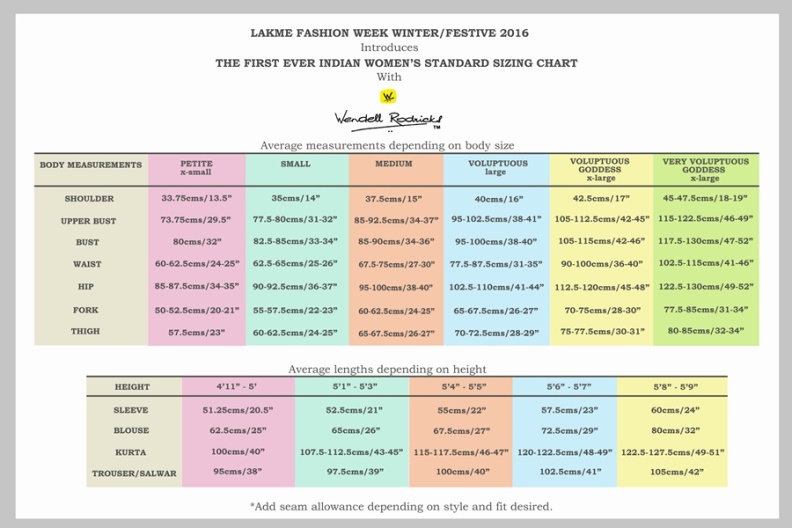