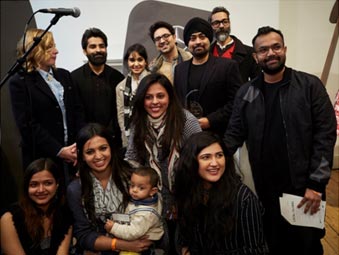 It was a high for the Indian contingent of young designers who made up the IMG Reliance Fashion team at the London Fashion Week,where India was declared the winner of the“International Fashion Showcase Country Award”.  The award was announced by the British Council, British Fashion Council (BFC) and Mercedes-Benz at a prize-giving ceremony at Somerset House, London, beating 25 other nations judged by a panel of industry experts. The top award was presented by Sarah Mower MBE, BFC Ambassador for Emerging Talent and Chief Critic Vogue Runway to the IMG Reliance Fashion team – Jaspreet Chandok, Gautam Vazirani, Nikhita Punja and Shruti Singh; the Designers – Alan Alexander Kaleekal, Karishma Shahani Khan, Priyanka Ella Lorena Lama, Ragini Ahuja, Ujjawal Dubey and exhibition designer Wasim Khan.

To celebrate India-UK Year of Culture 2017, IMG Reliance in partnership with 6Degree and supported by Etihad Airways and British Council presented ‘The Indian Pastoralists’ – a special sustainable fashion exhibition at the International Fashion Showcase(IFS). The five designers were selected based on their contemporary Indian aesthetic with a global appeal. Each of them created special looks that represent ‘The Indian Pastoralists’ theme conceived by IMG Reliance and aligned to the global theme of IFS this year, Local/Global. These designer’s creations drew inspiration from the multi-faceted ethnic lifestyles of India’s nomadic pastoral communities. Their collections interpret the deep heritage of Indian textiles and handlooms for a global audience. 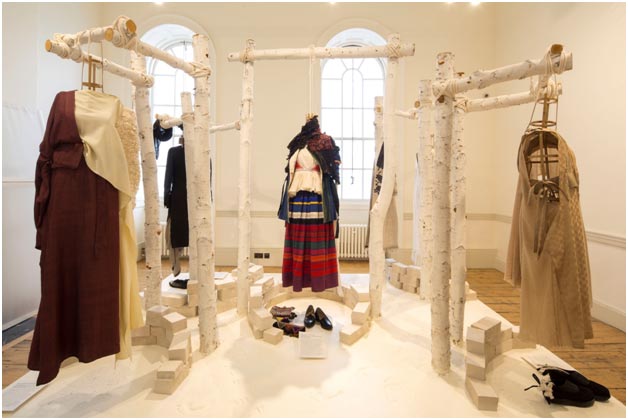 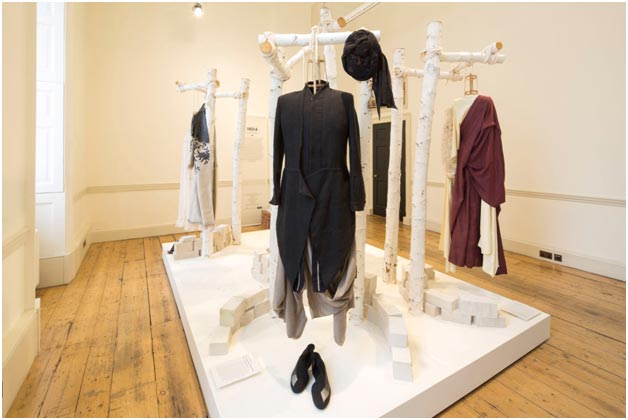 Jaspreet Chandok, Head of Fashion, IMG Reliance said, “Through initiatives such as the International Fashion Showcase 2017 we will present India’s emerging talent on prestigious international platforms for global exposure. IMG Reliance through its lead platform Lakmé Fashion Week has always delivered compelling stories around sustainable fashion and focused on supporting young and emerging designers and this is an extension of the same. This victory showcases the true power of the young Indian designer mind that is breaking pre-conceived notions on Indian Fashion in the world. This puts Indian Fashion on the map like never before – I’ve been told that the entire London Fashion Week is buzzing about our installation and design talent.”

The judging panel was chaired by Sarah Mower MBE, BFC (British Fashion Council) Ambassador for Emerging Talent, who said “It is impossible not to walk away from this exhibition without feeling that the hope, resourcefulness and intelligence of the world’s young people is capable of pulling the world through the dark and divisive times which face us now.”

The delegation travelled to London with Etihad Airways. The showcase was also made possible by the partnership with 6Degree, an organization that is fast establishing itself as the go-to destination for young designers to build their businesses. Nikhil Hegde, CEO of 6Degree said, “We are extremely proud of our five fabulous designers. This recognition is surely deserved and will give us an opportunity to make our mark at the international fashion stage. The dedication, talent and enthusiasm of these designers is really inspiring. We have always worked with emerging fashion talent and helped them take their brand to the next level. This association with IMG Reliance is another example of our success story. Once again we congratulate our young designers and wish them even larger success in the times to come.”

Alan Gemmell OBE Director British Council India said, “With IMG Reliance we are supporting the next generation of Indian fashion designers to connect with the world’s fashion show – London Fashion Week.  Our collaboration is one of the central projects in the UK/India 2017 – a year-long programme to celebrate the UK relationship with India, connect young people in both countries and inspire them to build a relationship for the next 70 years.”