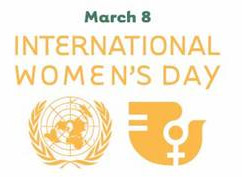 This has truly been the times for Women Power coming to the fore, what with the #metoo campaign bringing into focus decades of abuse by influential men. While the 8th of March every year is observed worldwide as International Women’s Day keeping in mind the political and human rights theme designated by the United Nations to celebrate the social, economic, cultural, and political achievement of women, it could well be called the Women’s Month.

The Day was celebrated with gusto. In Delhi, the celebrations began days ahead, with the scramble for venues and in a bid to avoid overlapping events. By default, it turned into a Women’s Week. 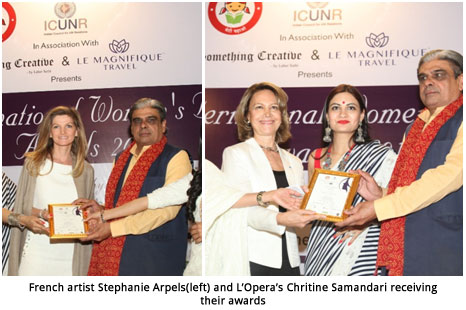 ICUNR(Indian Council for UN Relations) Celebrated International Women’s Day with a Panel Discussion and Awards Ceremony, Supported by the Ministry of Women & Child Development, Government of India. Hosted on the 8th March, 2018, it was organized in association with Something Creative by Leher Sethi & Le Magnifique Group at the Le Meridien Hotel. The Central Theme of the ceremony was to recognize and honour Outstanding Women Achievers of 2017, followed by a Panel Discussion on “Beti Bachao, Beti Padao – The Survival, Protection and Education of the Girl”. Some of the prominent women recognized at the event were French artist Stephanie Arpels, . Aishwaryaa Rajnikanth Dhanush, Christine Samandari, Ira Singhal, Karuna Nundy, Khushali Kumar, Laxmi Aggarwal,  Radha kapoor Khanna, Rekha Vohra, Tikkarani Shailja Katoch, Kuchipudi Dancer Kaushalya Reddy to name a few. 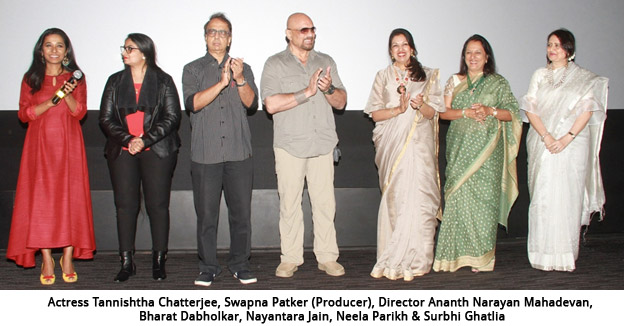 In Mumbai, to celebrate Women’s Day, the Ladies Wing of IMC Chamber of Commerce and Industry, hosted a special premiere screening of the film DOCTOR RAKHMABAI – a biography of an iconic lady who shook Queen Victoria, at INOX CR2, Nariman Point. Director Ananth Narayan Mahadevan and lead actress Tannishtha Chatterjee were present at the screening with notable members of the IMC Ladies’ Wing, along with guests such as Bharat Dabholkar, Aditi Govitrikar, Tanuj Garg, Dolly Thakore, Kailash Surendranath and others. Director Ananth Narayan Mahadevan said, “DOCTOR RAKHMABAI was India’s first social rebel besides being the first practicing lady doctor whose progressive nature in British India shook the Hindu society and British monarchy. Considering that India still has fewer female practicing doctors and is still plagued by gender discrimination, DOCTOR RAKHMABAI could well be the most relevant and important film of our time, when female empowerment is the need of the day and outdated norms need to be abolished to elevate social thinking.”