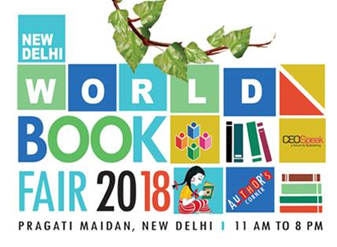 The World Book Fair has kicked off on a high note at Pragati Maidan, on Saturday, 6th January, and will be on until Sunday, 14th January, 2018. The event is hosting the European Union (EU) as the Guest of Honour, bringing here several renowned writers and events over the next few days. The EU Pavilion is in Hall 7.  Shri Prakash Javadekar, Hon’ble Minister for Human Resource Development, Government of India; H.E. Mr. Tomasz Kozlowski, Ambassador of European Union to India; Ms. Sunita Narain, distinguished environmentalist and Ms. Kallia Papadaki, Greek Author and recipient of European Union Prize for Literature, 2017, inaugurated the event.

The nine-day literary extravaganza will see participation from over 32 well-known authors, publishers, and

Five winners of the EU Literature Prize will also be participating at the event and conducting creative workshops. They are- Kallia Papadaki (Greece), Osvalds Zebris (Latvia), Selja Ahava (Finland), Jasmin 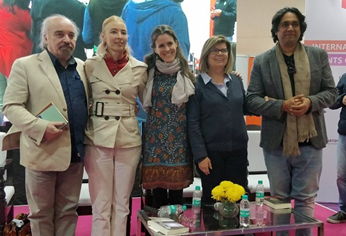 Speaking about EU’s participation at the prestigious WBF H.E. Mr. Tomasz Kozlowski, Ambassador of the European Union said, “We are delighted to partner with the National Book Trust for this year’s World Book Fair as Europe and India have a very rich and old literary tradition. Literature has the capacity to transcend borders and bring people together while raising important issues and enunciating universal truths. Through this fair we hope that the literary exchange will deepen and broaden our cultural ties further.”

He further added, “The collaboration is all the more important as the theme of ‘Climate Change and Environment’ is of high priority for both EU and India. We are cooperating closely in areas like renewable energy, waste management, air and water quality, sustainable habitats and smart cities. Through the various discussions and events, we will be creating awareness amongst the general public and would be supporting individual and social action which is necessary to bring about positive change.”