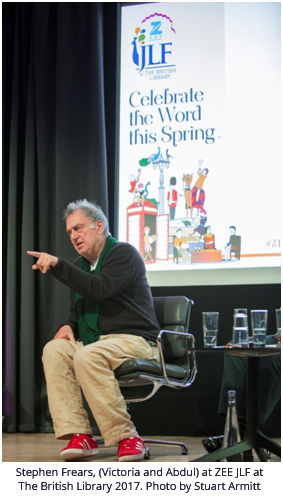 The acronym of Teamwork’s Jaipur Literature Festival, JLF has become the recognized global brand name for a literature festival, now being hosted in various continents. In just a few days, from June 8th – 10th the ZEE JLF is to take place at The British Library in London. This is the fifth anniversary of the Festival’s presence in London. The producers, Teamwork Arts along with co-directors Namita Gokhale and William Dalrymple have curated a bespoke programme for UK audiences.

This year’s diverse programme includes the rare UK public appearance of Anita Bose Pfaff, the daughter of Netaji Subhas Chandra Bose. Pfaff speaks alongside London-based journalist Ashis Ray, author of a new book that aims to settle the mystery surrounding Bose’s death, which has been subject to national debate for over 70 years. Exposing 11 different previously unknown investigations, Laid to Rest is hailed as the most comprehensive compilation of hard evidence ever presented on this subject.

The Aga Khan Foundation collaborates on sessions about the social function of the traditional Islamic garden and the pressing issue of garbage and growth in India. Tourism Partner Rajasthan Tourism and Festival Partner Asia House both present sessions while St. James’ Court are Hospitality Partners. The Festival also partnered with Litro Magazine in May to present a number of cross-cultural sessions at the Litro World Series Summer Literary & Arts Festival. 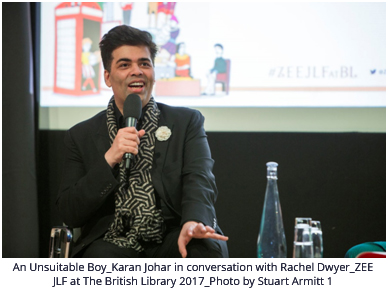 The weekend at the British Library features debates on several contemporary political issues. In the wake of Brexit, a panel of political experts discuss the changing role of the Commonwealth and the part that countries like India might play in coming years. ‘Cricket and Nationalism’ examines how political tensions in South Asia have transformed the nature and personality of the game, while ‘Exile and Insurgency’ considers how to provide the full picture of such conflicts in the Middle East and Myanmar by getting close to insurgent groups and resistant fighters. Discussions on the geopolitical jigsaws of the Himalayan region sit alongside a gripping and rare first-hand account of an undercover writer in North Korea.

Historical discussionsat the Festival range from the Suffragette Movement to the untold stories of Indian magic. The newest interpretation of Mahatma Gandhi’s letters are presented while the legacy of Winston Churchill, one of history’s most divisive figures, is explored. The programme’s literary discussions feature various poetry components ranging from the pre-modern Sufi genre to contemporary legends such as Jan Nisar, Kaifi and 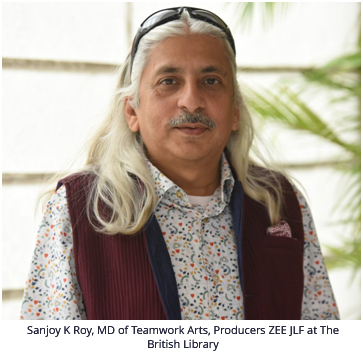 Tishani Doshi. A session called ‘Translations…An Equal Music’ delves into how translation in literature impacts access to and understanding of individual and national narratives, while ‘The Fictional Leap’ explores the literary reconstruction of the past and the leap of faith into historical fiction.

Showcasing the diversity of artistic heritagein South Asia are sessions on 18th century Indian painting with a focus on prodigious north-Indian brothers Nainsukh and Manaku as well as on Islamic calligraphy by looking at the fusion of aesthetics and piety and the conflict between written and pictorial representation.There are also discussions on the impact of the British Empire through sessions on: Lady Edwina Mountbatten, the charismatic ‘Last Vicereine’; ‘Railways and the Raj’, which explores the chequered role of the rail network in India; and ‘Indian Princes Versus the Raj’, which refutes the dim viewoften held of the Maharajas during Empire.