The namesake fragrance captures the essence of London, a city of great contrasts and contradictions – traditional yet irreverent, elegant without being pristine. The Mr. Burberry bottle is inspired by the black trench coat andits signature design details. Together, the fragrance and the bottle combine to encapsulate Mr. Burberry: the man and the world he lives in. 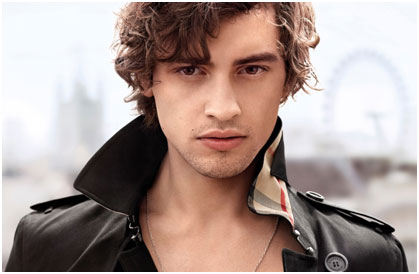 This fragrance was created by Chief Creative and Chief Executive Officer Christopher Bailey, working in collaboration with renowned perfumer Francis Kurkdjian. A grooming line and a collection of ready-to-wear pieces and accessories will also be released as part of the launch.

The campaign was shot in London by Oscar® and Turner Prize-winning British director Steve McQueen in his first commercial film, and features British actor and musician Josh Whitehouse and British model and actress Amber Anderson. The soundtrack was created by British singer-songwriter Benjamin Clementine.