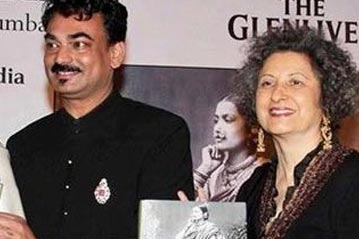 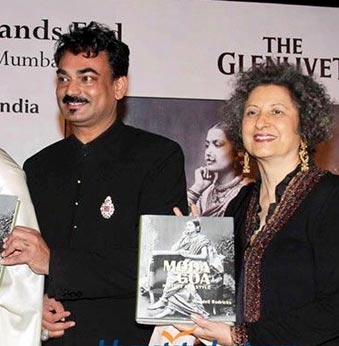 Over the three decades that I have been a fashion journalist, I have written about and met umpteen designers but my relationships with them have been purely professional except of a mere handful with whom I have connected on a more personal level.

One of the few was Wendell Rodricks who appeared a very caring and kind person with whom I could at times talk freely about my personal problems and his response was always positive and encouraging.

In 1992 when my daughter Christina’s confirmation ceremony was in the church, I needed a Catholic friend (since my husband had passed away in 1987) to walk with Christina in the ceremony. My first choice was Wendell who immediately agreed and since then was a kind and caring Godfather to Christina.

In 1997 for my son Carl’s confirmation I once again needed a Catholic friend to be part of the ceremony and this time Wendell suggested his Partner Jerome Marrel who very gladly became Carl’s Godfather. So for my children and I, Wendell and Jerome were part of our family and not just a designer whose collections I wrote about. 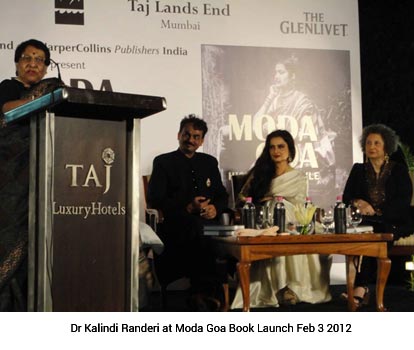 Another wonderful quality of Wendell’s was that he never forgot the people who were there when he first started on his fashion journey and guided him on it. There have been numerous brands, designers and models that I have written about, recognised their talents and informed about their creativity when others had ignore their work. Today they are at the top for their professions.

But Wendell never forgot that afternoon in March 1989 when I asked him to design his first two garments in India for the Flair magazine fashion feature. Since then I was always on his list for every event. Whether it was the opening of his first store in Panjim in 1996, followed by his first grand solo show in Panjim in 1997 at the Kalamandir, Kala Academy and then many shows over the years that he held in Goa and Mumbai he never forgot to invite me. He ensured that I was with him on the dais when he launched his grand tome Moda Goa and then at the launches of The Green Room and Poskem.

He also remembered with love and gratitude the late Dr Kalindi Randeri, Principal of Premlila Vithaldas Polytechnic who appointed him as a lecturer at the institute when he returned from USA after his graduation. He also remembered with a lot of affection Shilpa Shah of Garden Vareli for whom he designed. He always mentioned with great respect and love editors, Sathya Saran, Lakshmi Narayan, Amy Fernandes and Namrata Zakaria who were all invited for his shows and events.

One of the most amazing talents Wendell had was in his hands when he held a pen. I love a good artist and Wendell’s art was what I loved as it was never monotonous or boring. His fashion sketches were so amazing and beautifully executed that it was evident that Wendell was born to design as he had magic in his hands. From the cover he designed for my book Fashion Kaleidoscope in 1994 to the many sketches he did for his articles for Eve’s Weekly in 1992 his art was a visual feast for the eyes.

My children and I made many visits to Wendell’s and Jerome’s lovely home in Colvale. He was a great host ensuring that we saw all the wonderful places of his beloved state Goa. A connoisseur of food, Wendell took us to the favourite iconic Goan restaurants where we sampled the best Chicken Cafreal and Pork Sorpotel. We spent fun days on the Goan sands, ate Goa Fish Curry Rice at the shacks on the beaches, attended numerous parties on the yachts sailing down the Mandovi or danced under the stars at high society soirées in Goa. During every visit Wendell meticulously planned our programme with sight seeing, sun, sea, sand and parties. We have some really unforgettable memories of those days with Wendell. 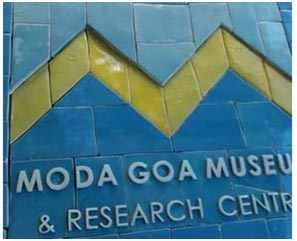 Whatever Wendell did it was always with complete dedication, whether it was designing a collection, art, performing charity, cooking, travelling, writing, singing and finally creating his museum Moda Goa, it was always done with great care, love, passion and totally perfect. I had a collection of fashion books, which I wanted to give away and could only think of Wendell who would keep them carefully and with great love.

While many designers felt that to promote their collections a PR agency would do the job perfectly, Wendell completely disagreed. He was his best PR person. His press releases and collection notes were so perfectly worded and prepared, PR agencies could have taken a crash course from him. His 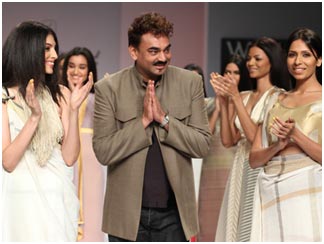 answers to interview questions were promptly given no matter how busy he was, unlike many designers who are incommunicado (especially the younger lot who have a lot of attitude). Wendell was always the humble, simple, person who happened to be a very talented designer honoured with a Padma Shri.

Wendell achieved a lot and there was a lot he was about to achieve. The design industry was enriched with Wendell Rodricks’ work but his departure has left a void forever in the hearts of his loved ones and the fashion business.