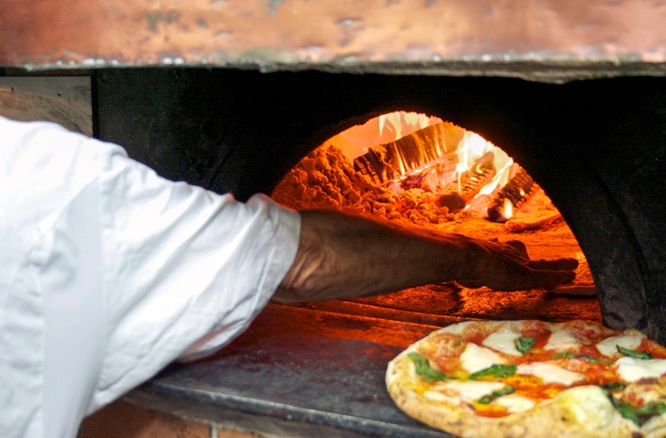 The Italian Cultural Centre in New Delhi is holding an exhibition of photographs of Neapolitan pizzerias taken by Nadia Magnacca, to commemorate the event, when on 7th December 2017 the art of Neapolitan pizza-making was added to UNESCO’s list of Intangible Cultural Heritage of Humanity. The exhibition, set up under the Italian Cultural Centre’s portico and inside the Diva restaurant on the designated World Pizza Day of 17 January 2021, can be visited until 10 February 2021 by prior appointment.

The UNESCO’s final decision on the Neapolitan Pizza-making read as follows, “The culinary know how linked to the production of pizza, which includes gestures, songs, visual expressions, local jargon, ability to handle pizza dough, perform and share is an indisputable cultural heritage”. 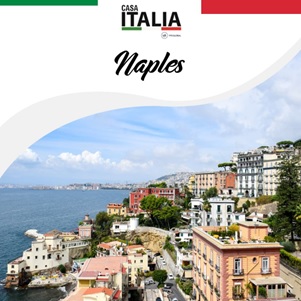 Originating from the poorer quarters of Naples, the culinary tradition got embedded in the daily life of the community. For many youngsters becoming a pizza-maker is also a way to avoid being socially marginalized. The World Pizza Day pays tribute to this Neapolitan tradition, which coincides with the Feast of Saint Anthony the Abbot, the patron saint of bakers and pizza makers that falls on 17 January, and now celebrated as World Pizza Day.

The photographer Nadia Magnacca was born in Naples, where she lives and works. Graduated in biological sciences, she studied photography at the Centro Bauer in Milan. She taught photography and currently teaches biology at a State College. She works with photography, video and public installations. She has realized exhibitions since 1993.

In Italy, 8 million pizzas are baked every day and the number is double over the weekend. At the regional level, Campania is the undisputed king with 16% of all pizzas baked in Italy, followed by Sicily (13%), Lazio (12%), Lombardy and Puglia (10%). Try asking anyone anywhere in the world to describe Italy in a few words, and “pizza” is bound to come up. This specialty of Neapolitan origins, essentially made with flour, mozzarella cheese and tomato, manages to be both a culinary symbol and more generally a symbol of Italian culture itself.

Naples, together with its adjacent territories, continues to churn out the greatest examples of this specialty in the country. And yet, despite what purists might tell you, Neapolitan pizza, moist in the center, with a soft and pronounced perimeter or “cornice”, is not the only version of pizza worthy of mention and respect. The so-called Roman pizza, for example, stands out because it is thin and crunchy; it is left to rise in the very pan in which it is eventually baked and manages to remain spongy inside while becoming crunchy on the edges; the gourmet ones are already cut into wedges and with many different high-quality toppings. And then there are pan pizzas, and the oblong “pizza alla pala” cooked directly on a pizza peel, which are enjoying immense success abroad as well. 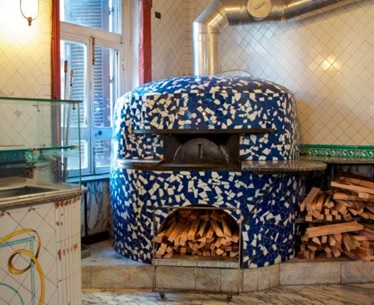 The Neapolitan tradition requires the use of a wood oven. But technology, together with the stylistic evolution, has led today to a considerable expansion of the possibilities on this front: if on the one hand there are those who experiment with new pizza cooking techniques, such as steaming, there are others who have stopped demonizing and fearing the use of the electric oven, which is now able to perfectly mimic, if not supersede, the results of the wood-burning one. Over the years on the menus of many pizzerias throughout Italy we have gradually seen the word “sourdough” starting to appear to denote the high quality of the pizza offered. At the same time, giant steps have also been taken on the flour front, with combinations of different flours gradually taking the place of the 00 suggested by the original Neapolitan recipe. Surely, it is traditional, but perhaps not exactly optimal.

Italians have always drunken bubbly drinks having pizza, namely a lot of beer and Coca-Cola. But the transformations that pizza has undergone, in terms of ingredients and its very complexity, have opened up new pairing possibilities. Not only with the finest craft beers, but also with sparkling wines and semi-sparkling wines. The combination of sparkling wine and pizza is a fun one because it brings together a product usually considered upper end with an extremely popular dish. Of course, there is nothing new in drinking wine with pizza—in Campania it has always been a tradition. However, it is nice to experiment, especially because bubbles can actually help degrease the palate. And so, it is now possible to uncork a Prosecco or even a Lambrusco in a pizzeria. Even Champagne, which goes beautifully with a good red pizza with anchovies.

For booking the visit, write to iicnewdelhi@esteri.it

India – ‘Women of Worth’ Conclave by L’Oréal