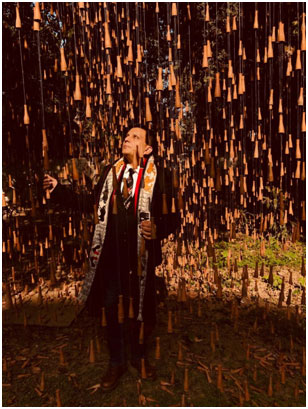 When art resonates with the anguish of the planet, its impact is global. Eminent artist Manav Gupta has been busy with the latest creation in his upcoming Global Art Project for sustainability, ‘Rain’, which is ready for a 2018 Premier worldwide. The genius of Manav Gupta shines forth. It is no wonder that critics had hailed him as the ‘wunderkind’ even when he started out. And after having attained much international acclaim, awards, his works coveted at auctions by Sotheby’s and Christies, Manav remains refreshingly grounded, retaining the enthusiasm and charm of a true genius.

At the vernissage in the lush private garden where his installation is set up, the artist spoke about his inspiration and the manifestation of his thought process. The theme of water, earth, sustainability, heritage and consumerism,the transient nature of it all, expressively conveyed with the use of disposable clay cups and lamps, the ‘kullhad’, the ‘diya’, stems of ‘chillum’, as medium. The flowing waters of a river with lighted lamps floating as an ode, the figure of a Noah’s ark, the stunning bee hives or paper wasp nests, his famous hour glass, viewed at the recommended hour post dusk, uses the shadows and the play of light to effectively communicate the message. His installation ‘Rain’, the namesake of the project, fell from the trees in large drops. 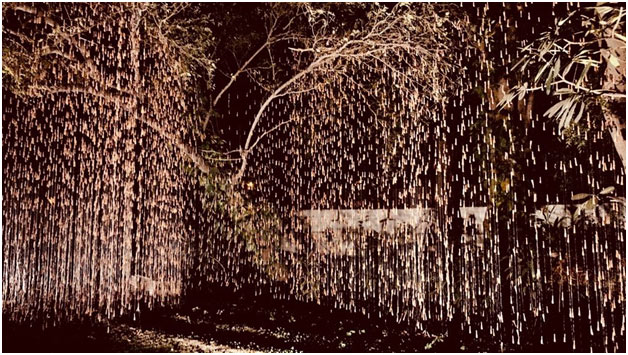 The showcase is a continuum of his earlier exhibitions, ‘Rivers’ and ‘Excavations in hymns of Clay’, all part of his Global Public Art Project, which has already earned him much acclaim. Ahead of the worldwide Premier of ‘Rain’that will unfold across New York, London and Delhi, the exhibition will be open in Delhi for limited previews by invitation only, through January and February, 2018. 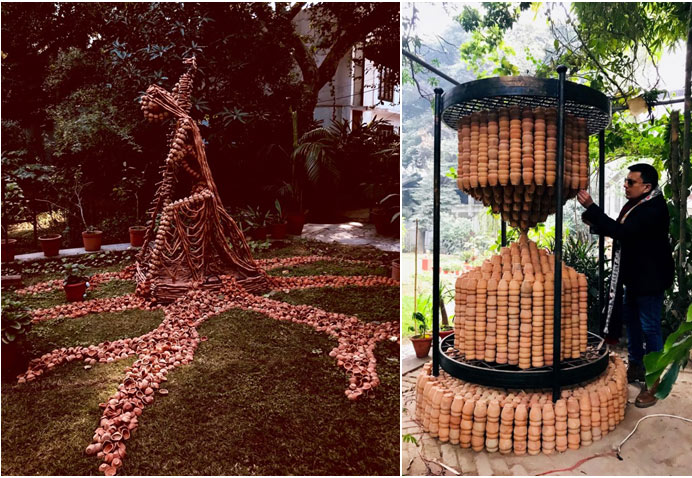