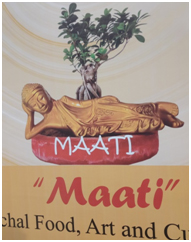 Purvanchal lies in the richest part of the famous Gangetic plain that is part of the lore and history of ancient India. It was the crucible of the birth of Budhism and a religious hub for Hindus and Jainis. The holy city of Varanasi, Gorakhpur, Azamgarh etc are all in the Purvanchal region. The event brought into focus the four popular dialects spoken here, Bhojpuri, Awadhi, also Baghelkhandi and modern Hindi, or Khadi Boli, and Urdu, through panel discussions, dialogues, poetry reading sessions, plays, folk music concert. 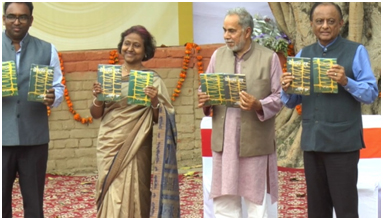 Senior IRS officer Sangeeta Gupta’s newly published poetry collection “Be-ParwahRooh” (both in Hindi & Urdu) was also released this evening by poet and MP Majeed Memon and IGNCA’s president Ram Bahadur Rai. She is also a renowned painter, and designed the logo of ‘Maati’ to represent the Purvanchal region.