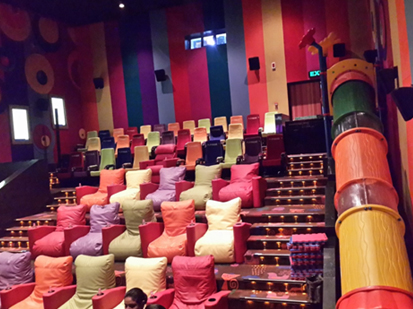 It is near-impossible to expect little kids to be tied to a seat in a cinema hall for more than 10 minutes max, however much TV trained they may be. And addressing this trait of its energetic little audience, PVR Cinema has introduced a special hall, Playhouse, at its latest location at theLogix City Center, Noida, which is equipped with a slide and multi colored soft beany chairs too.Mascots from the kid’s movie ‘Kungfu Panda 3’ posed with the audience.

PVR Cinemas has entered Noida with a bang. Alll-day celebrations were held on 27th March, 2016, where it introduced many a firsts with much fanfare and presence of celebrities. Check out the list 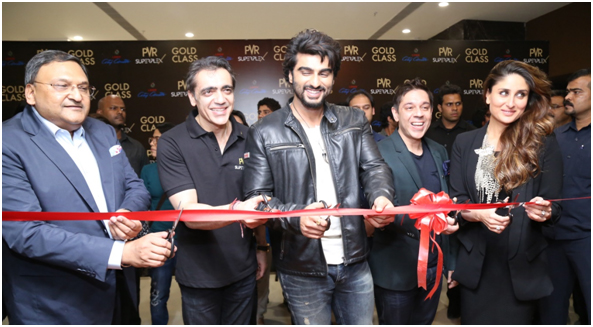 Bollywood stars, industry leaders, movers and shakers from the world of business, finance, arts and entertainment were invited to this mega launch. India’s consummate ‘Action Man’ John Abraham launched the 4DX- a perfect format for action movies from a star who has acted in stellar action hits like Madras Café, and Force.The launch also saw the cast of the uproarious comedy drama ‘Ki and Ka’ present to participate in the celebrations. The film stars KareenaKapoor, ArjunKapoor and the director of the movie, R. Balki, (‘CheeniKum’, ‘Paa’) inaugurated the Gold Class auditoriums, the biggest Gold class in north India.

A full-day carnival highlighted how Superplex would function on a daily basis.  With screenings of diverse content throughout the day, the property provides Indian audiences with a cinema destination featuring maximum movies; more show options and a longer running duration.

Speaking at the launch Ajay Bijli said, “It is a proud moment for all of us present today at the launch of Superplex.This is the 2.0 version of cinema exhibition industry. With 5 superb formats all at one stop; there is never a dull moment at Superplex. We are excited to give our patrons the most sophisticated movie viewing experience through international formats, most advanced technology and PVR’s hospitality all under one roof.” 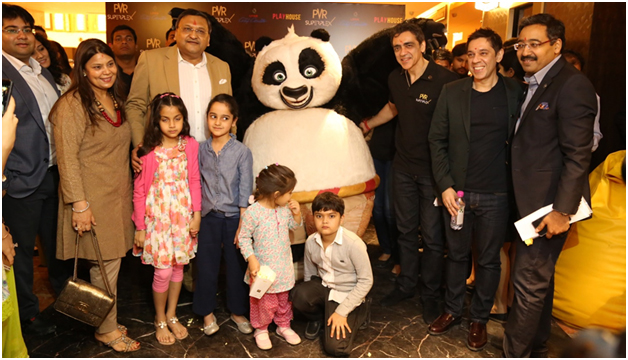 Considering India as a heterogeneous market, PVR has time and again come up with novel, international concepts for Indian audiences. With a vast spectrum of cinema formats like PVR Heritage, PVR Premier, PVR IMAX, PVR Director’s Cut, PVR Gold Class, PVR Premiere and PVR Icon, PVR now ventures into the next level of cinema viewing, clubbing all the formats with the Superplex.

The Superplex would cater to an audience of 1,544 across its 15 screens that include three Gold Class, one IMAX screen, one 4 DX screen, nine mainstreams (two screens with DolbyAtmos) and one dedicated screen with special seating arrangements for kids- Playhouse. 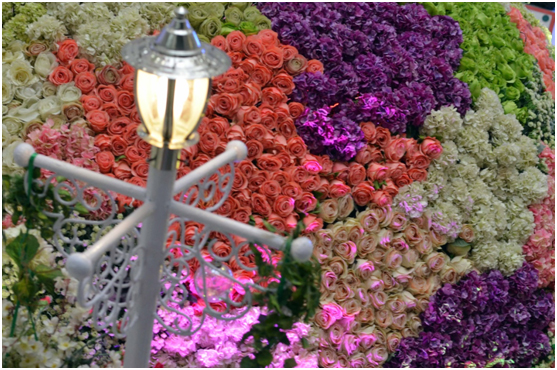 Sanjeev Kumar Bijliadded “Superplex is the perfect solution to ‘will I get a ticket’ syndrome. 15 screens will give our patrons maximum movies, more show options and longer running duration; which means a chance to catch up on movies which were released earlier.

Constructed by Logix Group at the cost of Rs1000crores, City Center is a mixed use development spread in an area of 25,000 sqm with an exclusive shopping & entertainment area, a 5 star deluxe hotel by Westin, offices and serviced apartments. Situated in the heart of Noida at Sector 32, it is one of the most prominently located commercial developments in the NCR owing to its easy accessibility via road & metro. 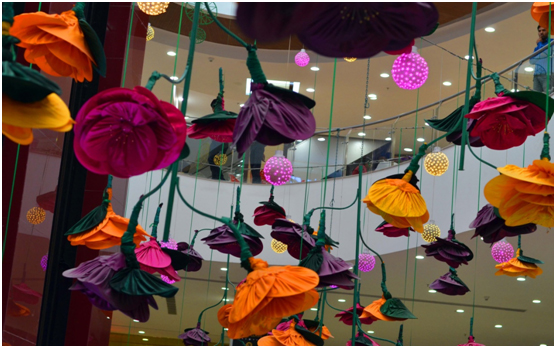