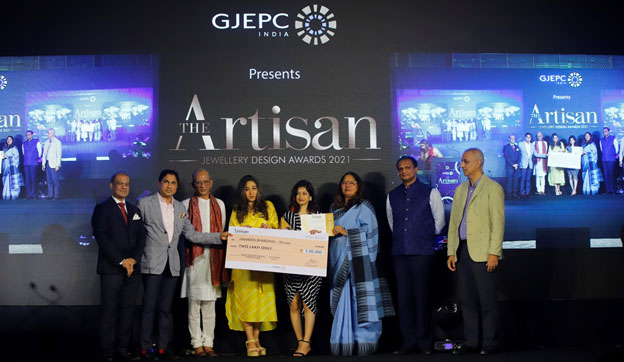 The Gem & Jewellery Export Promotion Council (GJEPC) concluded the 4th edition of The Artisan Awards, India’s premier jewellery design competition, on July 20 at Hotel Four Seasons in Mumbai. Designers from India and overseas participated in the competition to showcase excellence and innovation in jewellery design. The Artisan Awards celebrates the highest levels of artistry through world-class pieces exhibited by designers. The theme for the latest edition was Reinventing Vintage. The GJEPC received an overwhelming response from all over the world. Despite the lockdowns the world over, a total of 586 entries were received from national and international participants from Japan, USA, Taiwan, Russia, Egypt, Abu Dhabi, and Australia. In all, 11 awards were given away as there was a tie in two of the three sub-categories, with 3 winners and 8 runners up from Indian and foreign designers

The theme of competition, Reinventing Vintage showcased a spread of three jewellery eras from diverse cultures – Indian heritage was celebrated through the sub-theme Temple Jewellery; Japanesque was a nod to Asian inspiration; and Victorian referenced the colonial past to create timeless yet modern silhouettes. The first judging round was a technical assessment of all the entries, which was followed by a second jury meet to shortlist 30 final sketches, 10 in each of the three sub-categories. The eminent jury for the final round included Fashion Designer James Ferreira, Jewellery Influencer Katerina Perez, Christian Louboutin Country Head – India Anjali Gaekwar, The Rose Group of Companies Managing Director Biren Vaidya, The Adventurine Founder Marion Fasel, and Ensemble Owner and CEO Tina Tahiliani Parikh.

Navin Jashnani, Educationist, Visionary, Couture Jewellery Manufacturer, and one of the main architects of IIJS Premiere and IIJS Signature, received The Artisan Award for “Excellence in Jewellery Design” amidst thunderous applause. 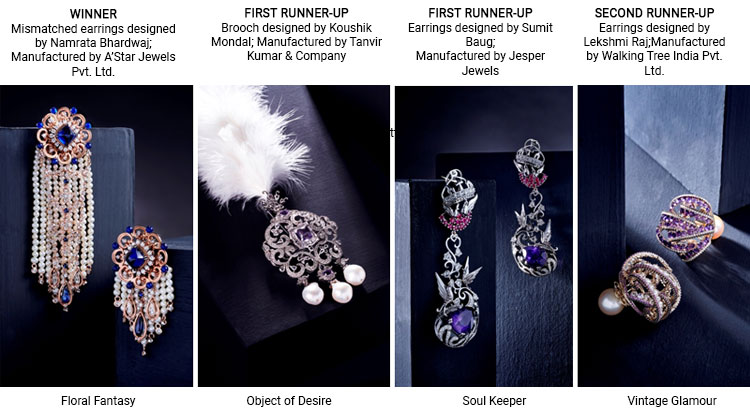 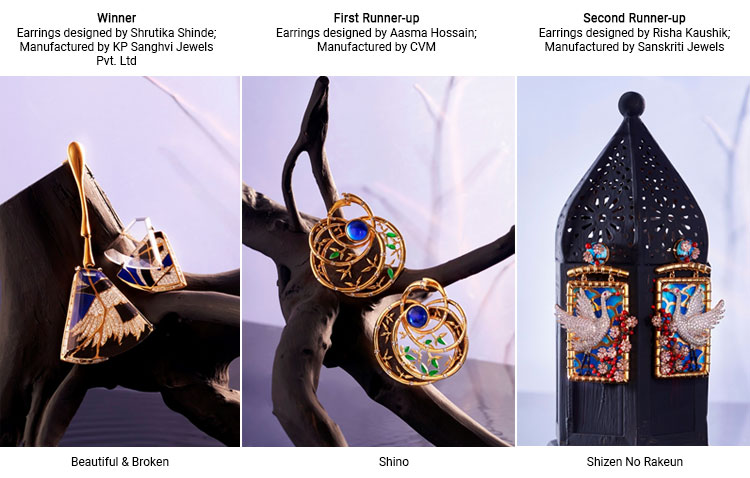 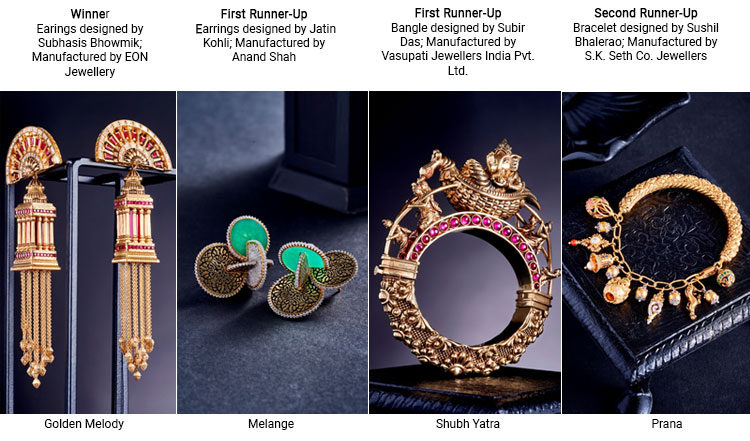 Colin Shah, Chairman, GJEPC, commented, “India is at the helm of jewellery business, that boasts of an exceptional designing and manufacturing talent pool.  The Artisan Awards celebrated the revival of the eternal design eras and may possibly chronicle the new design epoch thrust upon us by the pandemic. The Artisan Awards are instituted to honour jewellery artistes, the hidden champions, who have the courage to think differently and break the mould.  The thematic competitions put forth by the Council each year aims to make the Artisan a globally recognised award in the field of jewellery design as the ultimate benchmark for creativity, innovation and design excellence.

Vipul Shah, Vice Chairman, GJEPC, said, “The Artisan Awards has come to be recognised as the most prestigious jewellery design competition, attracting participants from India as well as abroad. The Awards honour not just creative aesthetic based on a theme, but also technical expertise required to bring a piece of jewellery to life. The competition has been getting better and tougher with each passing year. In keeping with the times, the three rounds of judging were held virtually by some master juries from the fields of art, fashion and other related industries.

About The Gem and Jewellery Export Promotion Council (GJEPC)
The Gem & Jewellery Export Promotion Council (GJEPC), set up by the Ministry of Commerce, Government of India (GoI) in 1966, is one of several Export Promotion Councils (EPCs) launched by the Indian Government, to boost the country’s export thrust, when India’s post-Independence economy began making forays in the international markets. Since 1998, the GJEPC has been granted autonomous status. The GJEPC is the apex body of gems & jewellery industry and today represents 7000 exporters in the sector.  With headquarters in Mumbai, GJEPC has Regional Offices in New Delhi, Kolkata, Chennai, Surat and Jaipur, all of which are major centres for the industry. It thus has a wide reach and is able to have a closer interaction with members to serve them in a direct and more meaningful manner. Over the past decades, GJEPC has emerged as one of the most active EPCs, and has continuously strived to both expand its reach and depth in its promotional activities as well as widen and increase services to its members