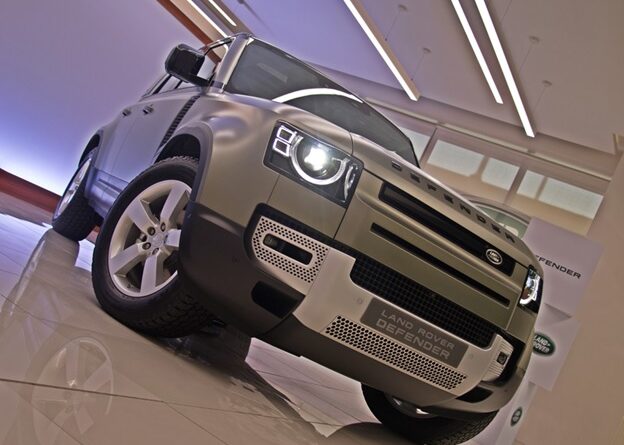 The wait is finally over for this super 4X4 SUV new Land Rover Defender from Jaguar Land Rover that was first revealed a year ago at the Frankfurt Motor Show on 10 September 2019. So will the expectations match with the reality? In a special preview for the readers of The Luxury Chronicle, Somnath Chatterjee has addressed the very issues, just in time for the sale and bookings that commenced in India as of 15 October 2020. 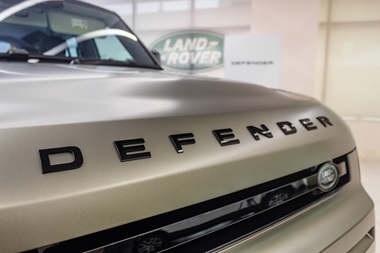 It is the difficult “second album” syndrome, where your first album has been a massive hit and started a cult wave. But how do you follow it up? Just tweaking the recipe would be a disaster since the huge burden of expectations would come crushing on you and deviating from the norm would also alienate your core audience. That was the conundrum that Land Rover faced when it embarked on recreating their iconic Defender for today’s age. It had to keep the original DNA of the old Defender but in something, which would be palatable for most. Hence, it should do the school run but also have no qualms in getting all muddy just for the heck of it. In short, it had to look and have the personality of the old iconic Defender but wrapped in a modern luxury SUV body. 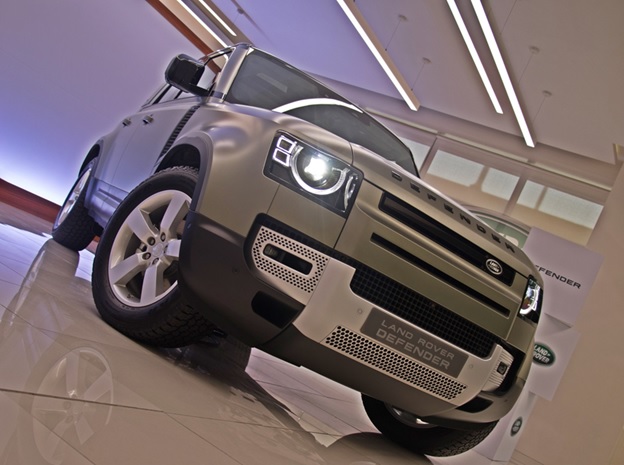 Well, Land Rover has just launched the new Land Rover Defender and cynicism aside we went in to have a close look at this new behemoth. While the new Defender had enormous baggage in the looks department, it looks just right with a mix of old and new. It is not a shameless retro copy of the old one and neither it a radical departure. It is simply how a modern Defender should look. The edges are buff and square plus the surfacing is simple but also intricate. It is analogue and lets go of the whole new obsession of SUVs trying to look all “urban”. The new Defender is all decked up for off the road- not on it. It is cool and we like it. 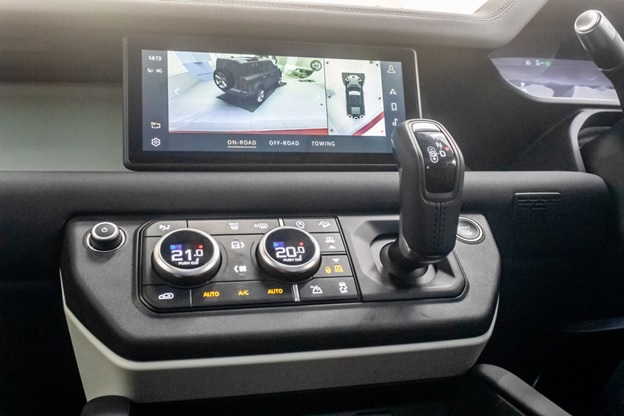 I even liked the interior from what I saw. Chunky switchgear, a massive grab handles, plus rubberized carpets hint at its serious off-road credentials. If you want wood and squishy leather seats, go for the Range Rover as here it is simpler and pared back. I like that. The steering wheel is just like an old Defender but there are massive screens and all the usual luxury trappings there yet the sense of function is very much the philosophy here. It is practical and spacious, yet with a sense of focus that is oozing out of this interior. 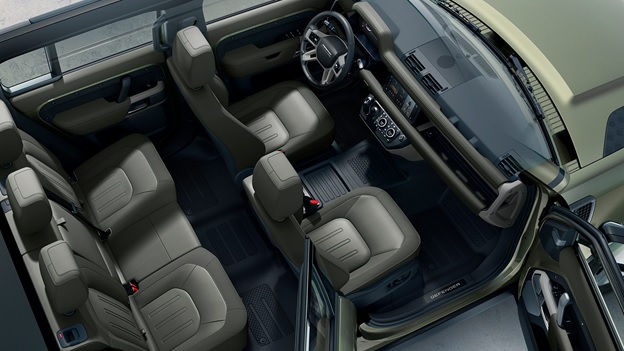 For India, you get only a four-cylinder petrol for now which is mixed with turbos while an 8-speed auto is standard along with an avalanche of tech grafted in. It is a serious 4×4 and you can raise it to unbelievable heights via its air suspension to clear massive obstacles while its sophisticated terrain response system senses what terrain you are on and prepares the car for it. There are cameras to help you to get a better view and more. You can literally go anywhere in this luxury SUV without expensive bills sprouting from every trip. 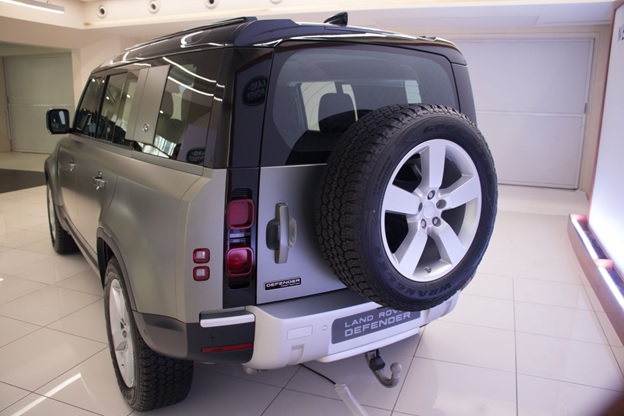 The old Defender was not sold here as it was expensive and simple. The new one is still expensive but not simple. It is a clever off-road centric SUV which mixes old-school charms and brings in something different to the table. At near Rs 80 lakh starting price, the Defender is a cool way to blow away that kind of money! At first look we are indeed impressed by its charms but the proof of the pudding is in the eating hence wait for a review next month!