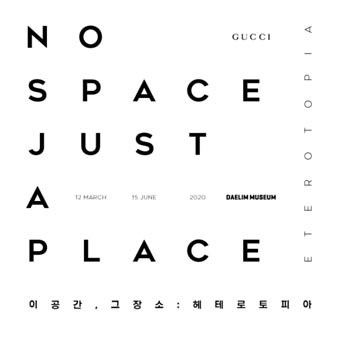 No Space, Just A Place is a multi-layered project powered by Gucci to support the rich cultural landscape and contemporary art scene in Seoul. Taking its cue from the complex history of independent and alternative art spaces in Seoul and Gucci’s reflections on eterotopia, the exhibition proposes a new definition of what an “other space” might be – a place to build a different, desirable future with new ways for humans to relate to each other and to their surroundings.

Myriam Ben Salah, known for her radical aesthetic vision, has curated the No Space, Just A Place project. It is propelled by Alessandro Michele’s meditations on society – the ethical and aesthetic value of the relationships between genres and gender, the notion of learnscapes, the urgency of self-expression and an ageless anthropological manifesto are key themes to him, which are reflected in the mission and ambitions of these alternative spaces.

Independent and alternative spaces in art are historically underground venues that populate storefronts, lofts, warehouses and other places abandoned by the mainstream. They confront the neutrality of the commercial gallery’s “white box” by promoting work that is often politically engaged, experimental, and more concerned with artistic debates than commercial viability. Since the spontaneous appearance of these initiatives in the late 1990s in Seoul, a growing number of projects have engaged in the practice of critically questioning the art ecosystem. No Space, Just a Placeaims to give visibility to these radical venues and to explore their “alternativeness” as a conceptual tool through which to think about autonomy, defy authority and foresee new narratives for the future. 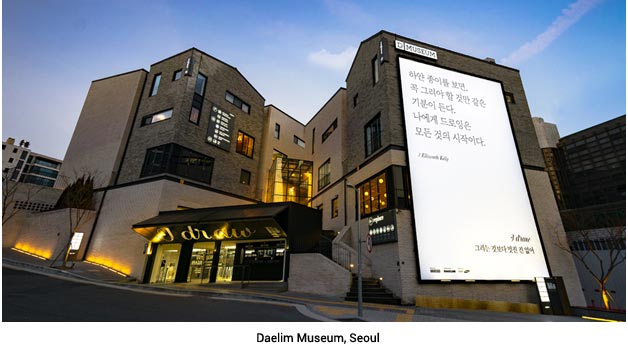 The exhibition formulates a new definition of “being together” while not being a single entity: a selection of independent art spaces has been invited to exhibit at the Daelim Museum across its three floors. Each will present a project conceived by its own team in dialogue with the curator, including the work of one or several artists that the participants represent or support. Every project will be thematically tied to the idea of the alternative spaces asa utopian place in which to set new empowering narratives, dwelling on the understanding of otherness, the exploration of minoritarian identities and queer politics.

To add to the dialogue and feed the debate, the curator asked a selection of local and international artists to exhibit their works, in the form of immersive installations inspired by the near future or by fantastic mythologies. Using strong visual imagery, imbued with humour and magical realism, the artists playfully question the narrow perspectives of our society’s dominant discourses in a way that perfectly chimes with Gucci’s singular, eclectic, contemporary vision.