It is a well-known fact that Germans make great cars but amongst the ‘Big Three’ of Germany, Audi is known for occupying a middle ground and having a PHD in the art of interior design. 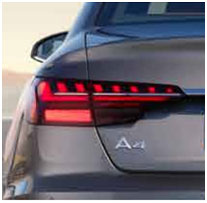 The new Audi A4 is a case in point since the interior is a place where you would happily spend a lot of time stuck in traffic. You will love the knurled finish of some of the switches to the running vents along with the yacht like gear lever. It has a very ‘ Gentleman’s club’ vibe. However, this being an Audi there is a generous helping of technology too. The instrument

cluster, of course, is digital, but the various screens are seamless plus useful too. One can change the entire instrument cluster screen to suit whatever view one likes, but what stands out is the clarity. There is also a big screen in the middle, which is now touch-operated. Butit is heartening that Audi is clinging onto some sense, compared to the madness that we are seeing in other cars with only touch-systems. Putting touch-screens everywhere hampers practicality and I am glad that there are some physical controls. 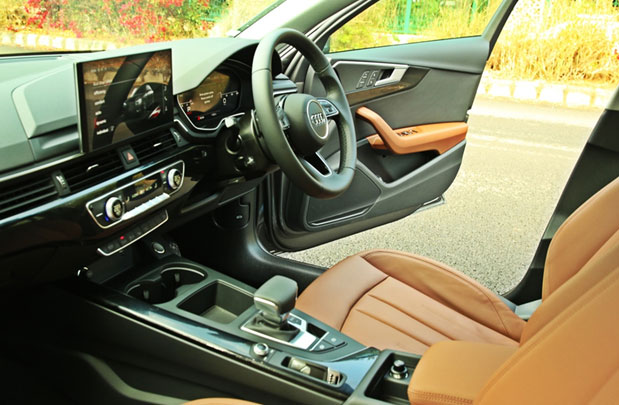 The new A4 is a mix of sensible and luxury in the way it works. It is a junior executive sedan but is now closer to the Audi family values by embracing more of its new found style. The chiseled lines are indeed attractive but not overtly flashy. Yet the new headlamps, which are the fancy Matrix LED lamps by the way, are a large part of what gives it the extra bit of power dressing. Even the grille is bigger now. Overall, it looks more confident and athletic while being less serious than the last A4. I like this new personality change.

What has also changed is the heart. There is just one power-train on offer but that’s fine by us as it’s a 2.0 TFI turbo petrol, which is a gem of an engine. Fast when you want it to be and smooth when you are just in the mood for the car to eat up the miles. The new A4 retains its calmer persona most of the time and is an effortless mile-muncher topped off with a superb ride. It offers less theatrics than its rear wheel drive rivals do, but it is fast all right along with having the smoothest of engines. 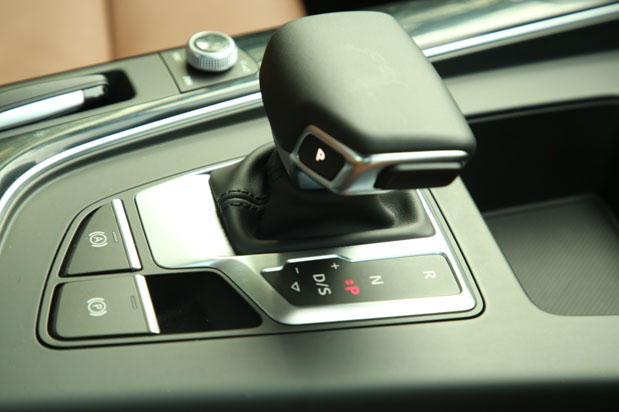 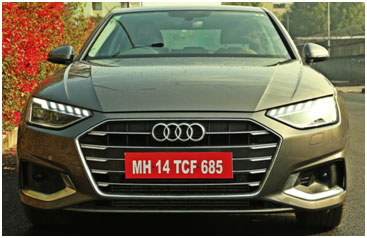 The new A4 then occupies a middle ground between being a fast and thrilling driving experience to a sober suited executive car. It has the right of technology yet not going too far with it so as to hamper the practicality aspect or ease of use. It is also not too extreme yet offers enough thrills behind the wheel. In short the new Audi A4 is the jack of all trades but it also masters many!

Audi has launched the new A4 with two trims: Premium Plus and Technology while prices start from INR 42,34,000 Ex-showroom.