Ferrari likes to do things a bit differently and also make cars which showcase the brand values in the most outspoken way as possible. The Portofino was the evolution from California and a luxurious GT supercar for the less track-focused Ferrari buyer. The Portofino is also the most accessible Ferrari but with rapid advancement throughout the rest of the Ferrari range, the 2+ convertible had to keep up with it. The result is the Portofino M or where ‘M’ stands from Modificata – of which Ferrari has done a plenty. Think of the Portofino M as revitalized, faster, harder and keener to party along with a sharper brain. 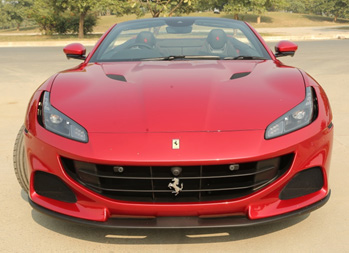 The updates are significant in the way that the whole demeanour of the car has changed along with the appearance. The Portofino M is now lither, less top-heavy and displays its chiselled lines with utmost glee via an evil grin. The new front-end (courtesy, Ferrari Styling Centre’s designers) bears wraparound front bumpers with larger air-intakes along with slender new headlamps. Those massive air intakes are both form and function with an increase in aerodynamic performance while the signature Portofino side scallop connects with the line at the front bumper too. There is a sculpted bonnet and even the grille is new with aluminium slats with contrasting faceted tip. Ferrari has also completely changed the rear design with a more streamlined look along with a vast new diffuser plus more sculptured rear bumpers. You can even spec the rear diffuser in carbon fibre. Overall, in this luscious Ferrari hue, the Portofino M radiates with the same sense of sporty exuberance that any Prancing horse should. 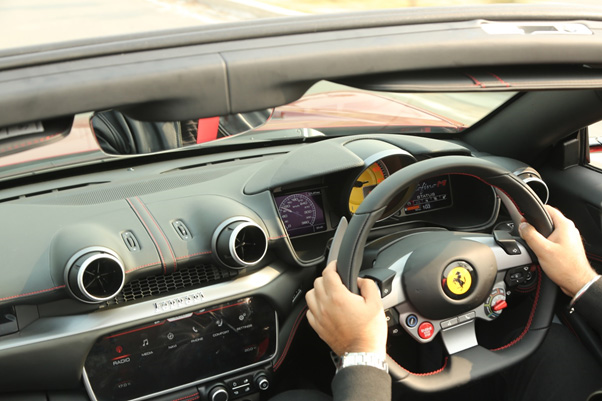 Swing open the door and the interior is all new with a futuristic nod towards technology. The contrast stitching to the shape of the air vents: it’s something you can gaze at all day. The sense of ‘occasion’ is very much there but the overall design has moved from luxury to sportier luxury via metal, chrome and futuristic design. The cabin has a central horizontal aluminium blade which divides the instrument panel, air conditioning vents and passenger display into separate areas in the upper section. The other control functions are located in the scooped section below, with a 10.25″ touchscreen at the centre. The touchscreen itself is fairly easy to use on the go while the dials have a lot of information for you to ponder on but lovingly, the analogue rev counter. The steering wheel is more of the nerve centre with various controls draped on it so that your attention always stays on the steering wheel. Hence, you get even the indicators on the steering wheel and also the Manettino switch. 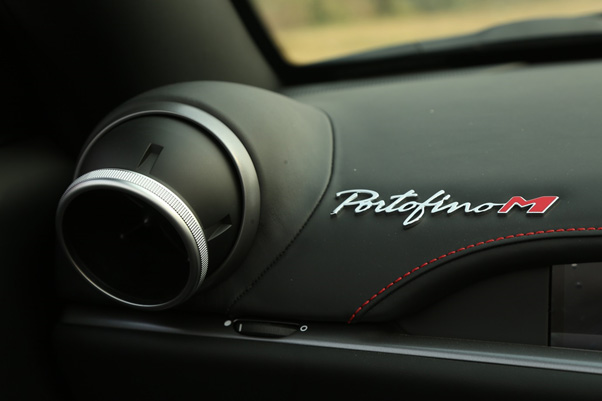 Speaking of which, the five-position Manettino switch, a first on a Prancing Horse GT spider adds a ‘race’ function and shows how much of a serious performance machine this Ferrari is. The 3855cc engine is a twin turbo V8 which develops 620hp and 760Nm. There is also a new 8-speed gearbox. The results are somewhat akin to disbelief as how quickly this red sports car hurls itself to the horizon. The gear changes are ferocious and the power delivery is brutal with rapid acceleration the second you put your foot down. When you put the top-down and drive it, the sense of speed is even more. Crucially the Portofino M also has a sharper steering and you do sense that Ferrari have brought this luxury convertible closer to others usual hard-edged supercars. It sounds utterly magnificent too with the two rear silencers having been eliminated (which in addition to boosting sound also significantly reduces backpressure in the tailpipes) and the by-pass valves are now oval in shape to enhance the exhaust sound. That means the Portofino M is loud and by that we mean properly loud. 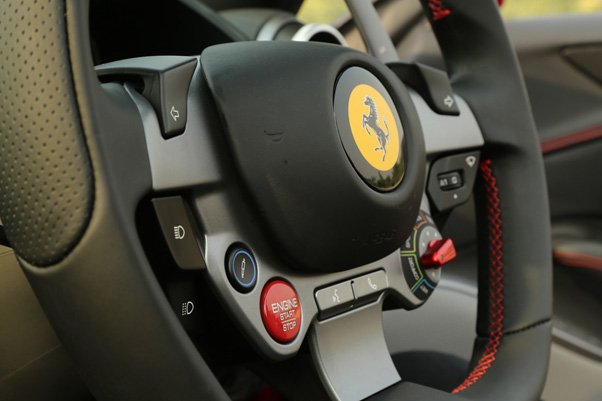 Yet, when you want it to, you can twist the Manettino to its ‘more calmer’ settings, put the roof up (which you can do on the move) and tone down the aggression. The gear changes are less violent and the ride is surprisingly pliant. The Portofino M suddenly becomes a luxurious GT. At Rs 4cr plus, the Ferrari Portofino M feel like an all-new car rather than an upgrade and is by far the most exciting convertible out there without sacrificing the traditional luxury ethos. A great way to enter into Ferrari ownership, we say! 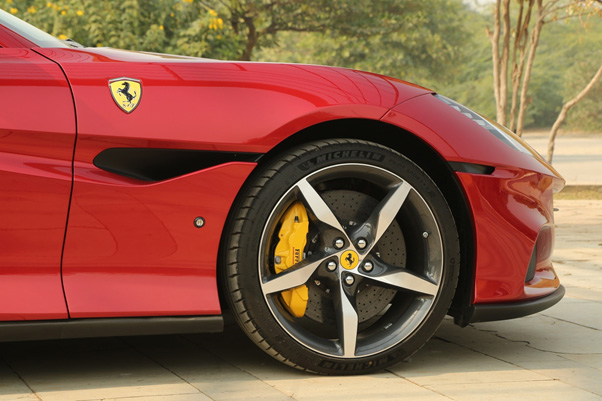