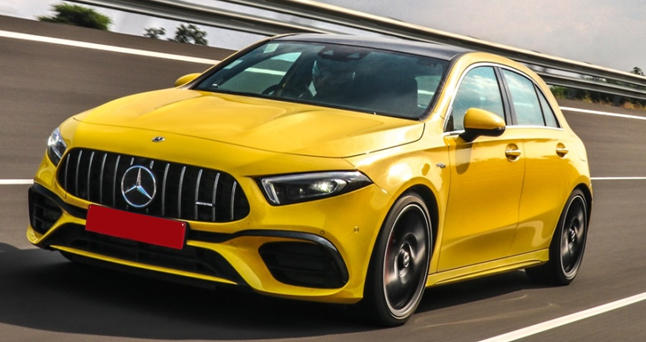 Its human to strive to get more of everything – be better, faster. Speed brings an adrenaline rush and that’s why automobile enthusiasts love fast cars along with acceleration figures. It is central to car culture but also something which should be exercised with caution. Hence, to quench our thirst, we drove the Mercedes-AMG A 45 S performance car in its natural environment- the NATRAX automobile Testing and Proving ground. Its high-speed test track proved to be the perfect canvas to unleash the A45 S. 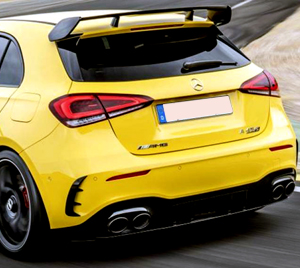 So, what is the Mercedes A45 S all about? It’s the new performance hatchback from the boffins at AMG– the performance arm of luxury car-maker Mercedes-Benz. What is interesting is that, the A45 S comes in shape of a body style that till now has been alien to the Indian luxury car buyer. Luxury has been equated with size and the A45 S is completely opposite of that. It’s a compact hatchback but sprinkled with a lot of AMG. Before we get to the driving, we must look at the design which is all muscle, compact proportions aside. It does pack a punch with its ‘shark nose’ consisting of an oversized AMG grille, sculpted bonnet and front wings. The massive wheels are somewhat stashed beneath those wheel-arches while the rear spoiler along with the two sets of  twin tailpipes round off a design which is overly aggressive and being all the better for it. Finally, the yellow hue on our test car further drove home the point of the A45 S packing in the vibe of a supercar in hatchback clothing. 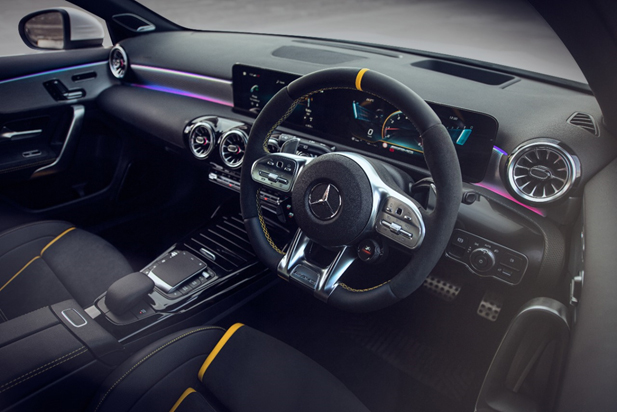 The interior is much more sober and very much Mercedes with its digital real estate taking centre stage on the dashboard. There are twin screens while specific to AMG are certain performance-oriented displays which mark it out over standard Mercedes cars. Further AMG additions include sports seats with contrast stitching and a chunky flat-bottomed steering wheel. Don’t expect much space though but then the A45 S is not meant for all that. That said, the boot space is pretty large.

There is also plenty of equipment on-board as you would expect from any Mercedes-Benz including a 12-speaker Burmester audio system. Safety features include Lane Keep Assist and Blind Spot Assist alongside a plethora of airbags.

Let’s get to the main highlight: the engine. The A45 S packs in a hand built 2.0l four-cylinder unit with no less than 421hp and 500Nm. It’s borderline crazy that a car as compact as the A45 S has so much firepower underneath its 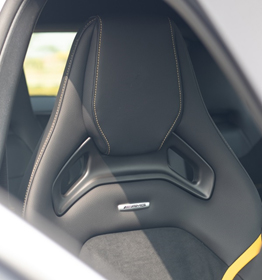 brooding exterior. The engine is also claimed to be the world’s most powerful turbocharged four-cylinder series production engine. Lofty claims like those are for a reason as the A45 S is biblically fast. We had three laps of the fast high-speed track and it seemed it all went over too quickly. It’s so quick. 0-100kph happens in just 3.9sec and it is entirely believable given how the A45 S shrinks the surrounds near you to a blur. The car also galloped its way to its 278 km/h top speed with ease with the AMG performance car. Honestly, do you need a super car after this?

More so since after all that speed, the A45 S becomes a compact luxury car albeit a bit firm for our roads but it’s manageable- more so than supercars with tantrums. The A45 S then throws caution to the wind and also is priced at Rs 79.5 lakh. It’s a Mercedes not for everyone but for the enthusiast- a clever one at that. For the money, you can’t get more outright thrills or performance while the cachet of owing the car with the most powerful four-cylinder engine will still linger on for a long time.