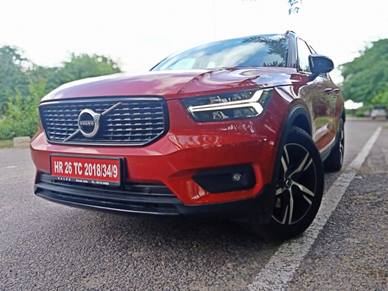 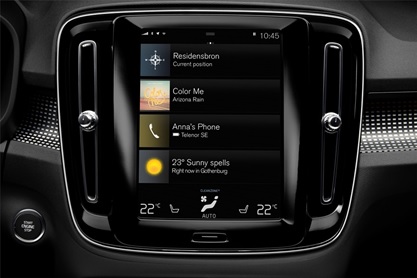 Is technology a part of luxury? Well technology is the one thing that is constantly evolving and ultimately technology is about making our lives more comfortable, safer and easier- which surely must be considered a facet of luxury?

The Volvo XC40 that you see here is one compact luxury SUV that is filled to brim with technology not seen on luxury cars costing thrice as much. It very well drives home the point that a modern day luxury car need not be vast in size but can also be an intelligent motor car that presents a fusion of tech and luxury. The XC40 is a semi-autonomous car that has radar assist feature that actually means that the car can drive itself in shorts bursts. Plus it actually works as we found out with the numerous radar based features like adaptive cruise control, lane-keeping assist, city based safety features and an oncoming mitigation system coping well with our Indian road system.

You would have seen or experienced cruise control as that is something quite common-place nowadays but the XC40 takes it to a new level with adaptive cruise control and pilot assist. Thus after first selecting the speed and distance that you would want to maintain from the car in the front, the XC40 will do that for you. You do not need to constantly maintain the steering or brakes and that is useful when doing long journeys on highways. In this case the car actually drives itself and will brake/maintain distance with no intervention required from you. A caveat though- you do need to put your hands on the steering wheel regularly to remind the car that you are there but as said earlier it basically drives itself provided you are on clearly marked highways. At first it is a bit strange and trusting the car requires some time but after a while, you are amazed at how this system works!

The other feature is also an important one where the car’s radar senses for any car or any other object coming towards you or coming in the way suddenly as it will brake itself. Needless to say this is very useful when driving on our roads! 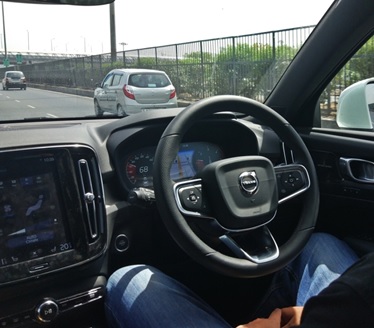 Elsewhere the XC40 is bursting with dollops of Swedish luxury. From the cosseting seats to the massive equipment list including a frankly outstanding Harman Kardon Audio system plus filled with tech, the XC40’s cabin is the benchmark in the compact luxury space. The vertical touch-screen houses a number of functions and physical controls are watered down to just a few. The design is very Swedish and we love the sweep of the dash along with the delicate pattern adorning it. Even on the outside the XC40 is butch but not overly aggressive plus the ‘Thor’s Hammer’ lights- A Volvo signature, gives the car its unique identity.

The 2.0 petrol packs in enough punch to satiate any enthusiast while it cruises very well with a relaxed demeanor that we warm up-to. Making a healthy 190 bhp and 300Nm, the XC40 petrol is quick and light on its feet plus you can even alter its performance based on the three driving 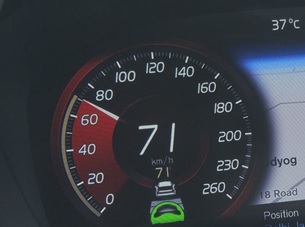 modes on offer. What also helps is the compact dimensions of the car which means you have more confidence in placing it on our roads.

Overall, priced at Rs 39.9 lakh ex-showroom, the Volvo XC40 is an alluring concoction that is the perfect luxury car for our ever congested urban jungle and it is something that is delightfully different from the German luxury cars out there. The XC40’s party piece has to be its technology as that is also something which actually helps you in the real world rather than being a marketing gimmick. Luxury cars are getting smarter day by day and the XC40 is right at the top of that pile at the moment.