The Italian luxury brand of fashion and leather goods, Gucci is celebrating the launch of its first fragrance, Gucci Bloom, with a new art initiative, the Art Wall project, unveiled in New York and Milan. This makes use of the 760-square meter wall on Lafayette Street in New York City’s SoHo neighbourhood and the 176-square meter wall in Milan’s Largo la Foppa, in the district of Corso Garibaldi, which have become regular canvasses for the House’s collaborations with artists. 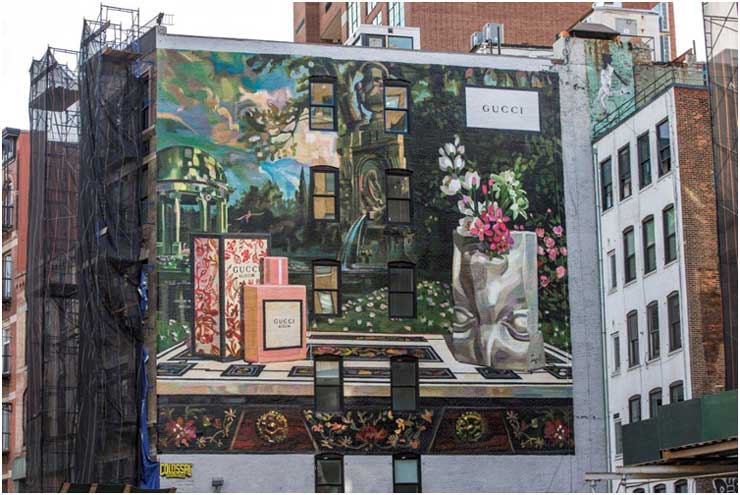 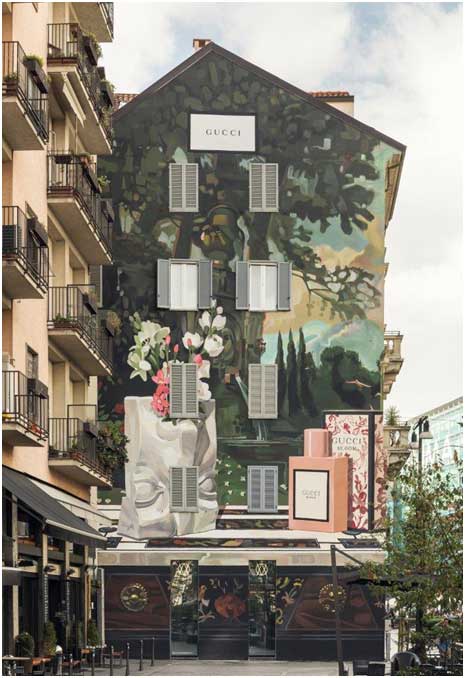 unique artwork installations depicting his interpretation of the Gucci Bloom urban garden concept. The designs feature a giant rendition of the pink Gucci Bloom fragrance bottle and its box-packaging adorned with the Herbarium pattern, as well as key ingredients of the fragrance, in a tableau that has echoes of the Dutch Vanitas genre of still-life painting of the 17th century.

Executed in New York by Colossal Media and in Milan by the European leader in out-of-home advertising, Urban Vision, the designs express the beauty and unique look of the almost forgotten art of hand-painted outdoor advertising. To enhance the project, Gucci has launched a special addition to the Gucci App, a Gucci Bloom-dedicated section that will include a photo filter and software to enable users to ‘read’ the wall so that they can enjoy additional stories about the fragrance.

Furthermore, in the US Gucci has activated a Snapchat lens to be available nationally during the reveal of the New York City wall, coinciding with New York Fashion Week.The Gucci Bloom Art Walls will be on display until the end of November.