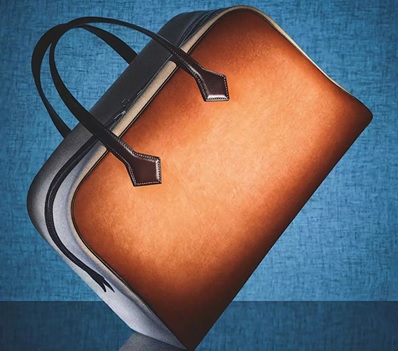 The French luxury brand Hermès, known for its mastry in leather craftsmanship, has had to adapt to current trends that demand sustainability all the way. The discerning buyer now wants products with minimum carbon footprins, does not harm animals and respects their rights and does not use plastic. This year, Hermès will introduce its classic Victoria travel bag made using a leather-like, lab-grown material derived from mushrooms, called Sylvania. The California based start-up MycoWorks took three years to develop Sylvania, and now has the patent. The process involves growing mycelium,the network of filaments in fungus, in a way that emulates traditional leather. This process creates an interlocking cellular structure imparting the material strength and durability akin to cow skin. MycoWorks will manufactuer the materiel in California and ship it to Hermès ateliers in France. The Hermès’ ateliers will take charge of the tanning and finishing and crafting it into bags. 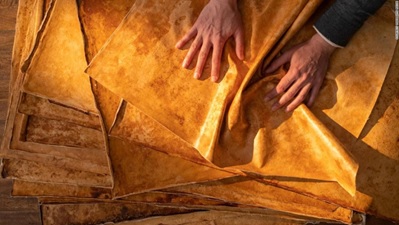 In a statement issued to the press, Pierre-Alexis Dumas, Hermès’ artistic director said, “MycoWorks’ vision and values echo those of Hermès: a strong fascination with natural raw material and its transformation, a quest for excellence, with the aim of ensuring that objects are put to their best use and that their longevity is maximized. With Sylvania, Hermès is at the heart of what it has always been: innovation in the making.”

Matt Scullin, CEO MycoWorks said, “Sylvania represents how nature and biotechnology can work in concert to create a material with the highest standards of quality.”

India – Top7 gifts to give this festive