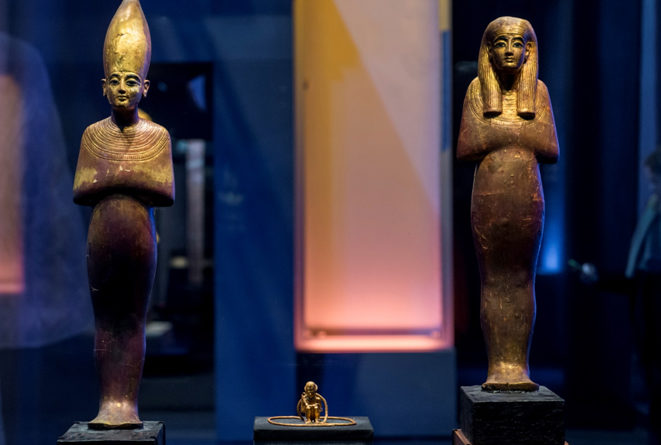 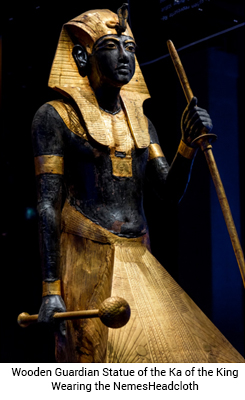 The boy king who walked the planet some 3200 years ago, Toutankhâmon went on to become the most famous of the Egyptian pharaohs, after the discovery of his untouched tomb on 4th November 1922 by the British archaeologist and Egyptologist Howard Carter.The international media hailed it as “the Discovery of the 20th century”. Commemorating the 100 years of the discovery of this important tomb, France is hosting a rare exhibition of the treasures of the tomb, ‘TOUTANKHÂMON – LE TRÉSOR DU PHARAON’ at Grand Halle de la Villette, Paris. On until 15 September 2019, the exhibition has curated a collection,which features more than 150 original artefacts from Tutankhâmon’s tomb including a number of  young Tut’s personal objects that accompanied him in both life and death: gold jewellery, sculptures and ceremonial objects. More than 50 items are visible for the first time outside of Egypt. Of the objects presented at La Villette, most of them in 24 carats gold, have no ostentatious function but correspond more intimately to the high level of spirituality of this civilisation. This exhibition is presented by the Egyptian Ministry of Antiquities and IMG, in collaboration with the Louvre in an advisory role. 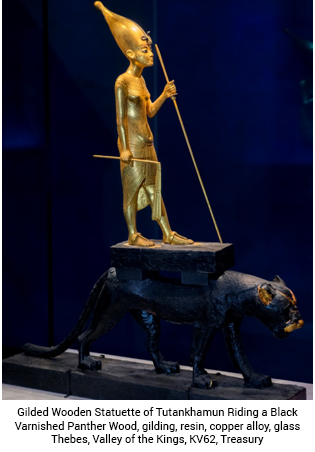 There is a reason why this exhibition is of significance. Over the years following the discovery, Egypt has only allowed a few objects from the Tutankhâmon’s treasure to travel abroad to tour the world . This exhibition is however, the largest Tutankhâmon’s collection to leave Egypt. These objects are listed as masterpieces of ancient art. The exhibition is designed to allow visitors to accompany the golden pharaoh on his magical trip to the afterlife. The exhibition will also present the recent discoveries about Tutankhâmon’s life and death, his family and his treasures. These were possible with the help of modern technology such as CT-scan and DNA analysis in Egyptological research. It is also important to highlight that this is the last time a Tutankhâmon’s exhibition will leave the monumental Egyptian Museum in Cairo. In fact, the 150 objects in this exhibition will retire to the Grand Egyptian Museum near the Great Pyramid at the end of this last world tour. The amount of gold in Tutankhâmon’s tomb made the world realise the vast amounts of treasures that has been lost from the plundered tombs of the ancient Egyptians.

For ancient Egyptians, death was also considered to be a new birth. However, this life after death was only possible if the body was preserved and underwent the right rituals. To ensure this postmortem rebirth and survival in the afterlife, the ancient Egyptians created a whole host of rituals, objects, images and texts that can be found inside and on the walls of the tomb. Visitors to the exhibition will follow Tutankhâmon’s journey into everlasting life, discovering along the way what each funerary object was used for on this perilous journey, as well as the story of one of the key discoveries in modern archaeology. The exhibition seeks to focus exclusively on the interpretation and the ritualistic significance of the artefacts.

Tutankhâmon was born around 1342 B.C. in the Egyptian city of Akhetaton, now known as Tell el-Amarna. He became pharaoh at age 9 or 10, around 1336 B.C. He was one of the last kings of Egypt’s 18th Dynasty. Though he appears to have been a minor king and made only modest contributions to the Egyptian empire, he lives large in modern archaeology.Very little is known about his life because he was the son of Akhenaten, a pharaoh who was considered a heretic (he introduced a new religion, the worship of Aten, banned other gods and shut down temples), and records mentioning him and his successors were destroyed by officials. In the early years of his reign, the king and his court were moved from Tell el-Amarna to Memphis. Shortly thereafter, the name of the young king, originally Tutankhaten, was changed to Tutankhâmon (meaning “the living image of god Amun”) in recognition of the ascendancy of Amun. Around the age of 12, scholars believe, Tutankhamun married his half-sister, Ankhesenamun, Akhenaten’s third daughter by his wife Nefertiti. The couple had no surviving children, although mummified fetuses of two stillborn daughters were found in Tutankhamun’s tomb. 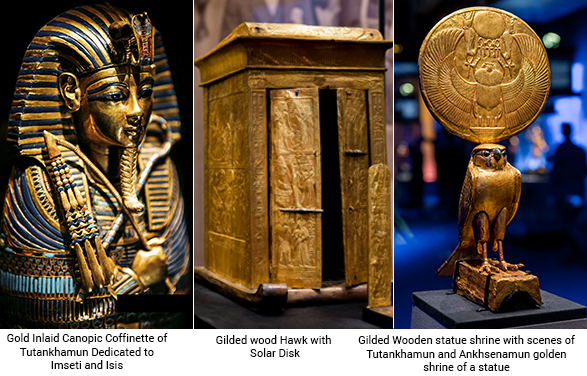 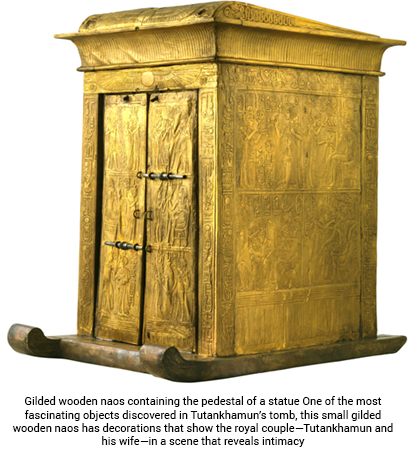 Tutankhâmon died shortly after an accident around 1326 B.C. in the ninth or tenth year of his reign. An X-ray taken in 1968 revealed damage to his skull, which could have been caused by a fall, a blow to the head, or during mummification. More recent CT scans suggest the likely cause of death was infection from a fracture in his left leg. The exhibition includes information about some of these findings and present-day conclusions that have been drawn about his life and death. Tutankhâmon was buried in the Valley of the Kings, where he lay undisturbed for some 3,300 years until his tomb was discovered. Although the vast collection of treasures has been removed, his mummified remains still lie in the tomb.

There is a myth about the curse of the Tutankhâmon, which is as famous as his burial treasure. There were deaths that occurred in the years that followed the discovery of the tomb and revived the idea of a curse of the mummies. Lord Carnarvon’s untimely death in 1923 probably sparked off the idea and gave free reign to rumours about the curse of Tutankhâmon, attributed to the poisons left by the ancient Egyptians in their tombs, and to mushrooms and toxic microorganisms, which affected all those who dared to enter the royal hypogeum. Yet, the man who discovered his tomb, Howard Carter, only died in 1939, at the age of sixty-four, and was probably spared from the young king’s vengeance.

It is also said that the two trumpets discovered in the tomb had magical properties, and, in particular, the power to summon war. Hence, on the evening they were played for the first time, in 1939, a power cut plunged Cairo’s Egyptian Museum into darkness and the recording was made by candlelight. Several months later, war broke out in Europe. The trumpets appear to have been played again before the Six Day War in 1967, before the 1990 Gulf War, and, more recently, before the Egyptian revolution of 2011. That was all it took to associate a new legend with the name of Tutankhâmon. 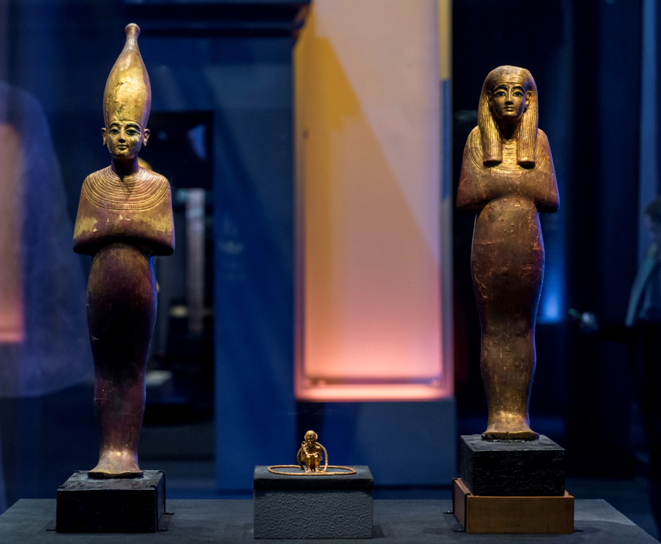