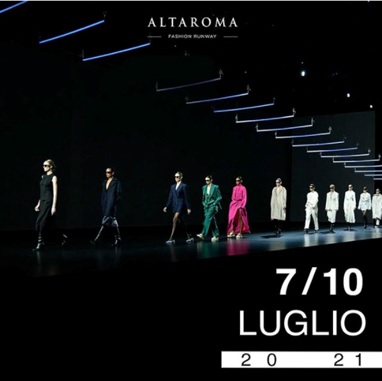 The Altaroma has announced the dates of the next phygital edition of Rome Fashion Week, that is scheduled to be held from 07-10 July, 2021, at the Cinecittà film Studios in Rome. Altaroma thanks the support of the members and in particular of the Rome Chamber of Commerce and the Lazio Region. Additionally, Altaroma extended its gratitude to the support of ICE – Agency for the international promotion Italian companies , of the members and of the Ministry of Foreign Affairs and International Cooperation

The event will be organised with a limited selection of professionals in order to ensure safety with distances, and in keeping with the anti-covid regulations. The Rome Fashion Week will be simultaneously visible on the Altaroma Digital Runway digital platform (https://digitalrunway.altaroma.it), also via a new downloadable app for tablets and smartphones. 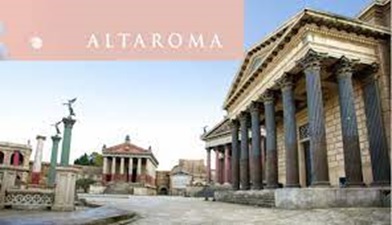 This phygital edition of fashion week aims to surpasses and sublimates the digital experiments of this last year, keeping in mind not only of those who work in the sector, but of that public that has always wanted to follow the fashion shows and discover all the previews and trends of the coming seasons. With a renewed partnership with one of the most iconic film stidios in the world, the Istituto Luce-Cinecittà , Altaroma is ready to launch a calendar full of fashion shows, performances.

The shows will open every day with the Fashion Talks organized with the 24Ore Business School in live-streaming broadcast. It will be possible to follow the selections 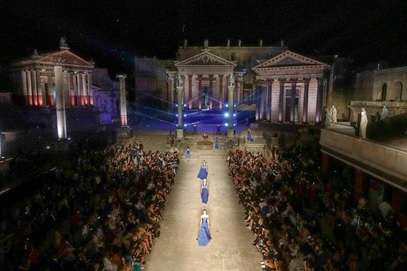 and the final of the awaited competition promoted by Altaroma and Vogue Italia, Who is on Next?, Which rewards the most talented and visionary collections and designers. Not only that, it will be possible to get to know the brands that will be part of Showcase, the flagship project of the event, which has selected 72 designers – including over 30 new ones -, and which allows you to get in touch and start new collaborations with buyers, large groups and print.

Adriano Franchi, General Manager of Altaroma  said, “Despite the uncertainties and delays due to the health emergency, we are experiencing great interest from the brands. Our designers are the ambassadors of the highest expressions of Made in Italy craftsmanship and tailoring. Their returning to show is a strong signal that we want to give to reaffirm the importance of Altaroma, as a meeting and promotion point for all those young independent realities who want to start their journey within the fashion system “.

India –Swarovski to light up Indian Weddings with

India / France – Embassy of France in

India –‘Carnival for a Cause’ hosted by TajMahal