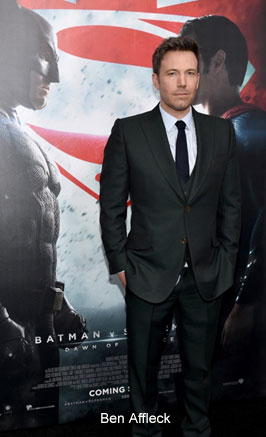 Ben Affleck is all dapper and suave as Bruce Wayne in the latest movie, Batman v Superman: Dawn of Justice, running in the cinema’s now. For those who want to know, his apparel is specially designed by Gucci. No, not when he is masquerading as Batman in tights and body suit, but what he wears when he looks more civilized and answers to Bruce Wayne. Gucci and costume designer Michael Wilkinson have dressed Bruce Wayne in a smart, contemporary style, as befits his status as Gotham City’s famous billionaire industrialist/philanthropist.

Working with Batman v Superman: Dawn of Justice, Michael Wilkinson, with whom the House collaborated on American Hustle, Gucci has created an exclusive made-to-measure wardrobe for Bruce Wayne. Comprising suiting, shirts, ties, pocket squares, shoes, belts, coats and a leather jacket, the look is completed by a series of accessories, including sunglasses especially developed for the character, plus collar bars, tie bars and cuff links, some personalized with the initials ‘BW.’ 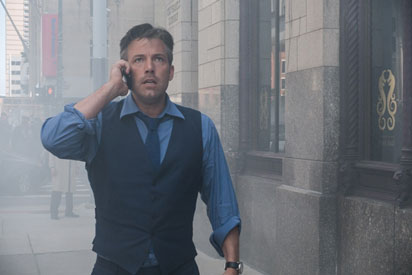