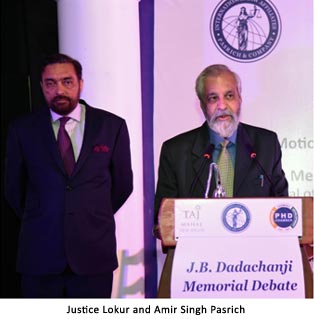 Amir Singh Pasrich, Managing Partner, I.L.A. Pasrich & Company, hosted the second J.B. Dadachanji Memorial Debate on December 8th, 2018 at Long champ, Taj Mahal Hotel, Man Singh Road, New Delhi. The Indian Judiciary System has, in the recent times, expanded its horizons in directions that may impinge upon the Parliament’s law making or lead to unpredictable judicial decision-making. Repeated use of the phrase “Constitutional Morality” in Supreme Court judgments that have emerged in 2018 (the GNCT Delhi v. Union of India case, the Navtej Singh Johar case about s.377 IPC, the Sabarimala Judgment) gave rise to a debate titled “Ideas like Constitutional Morality are subjective and widen the scope for judicial discretion, delay and uncertainty in the law”. 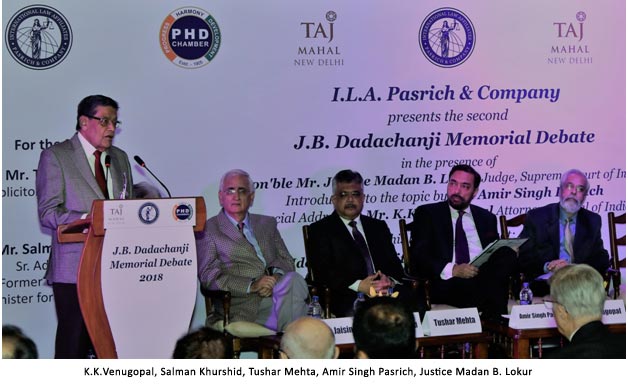 Opening the floor and whilst welcoming Justice Lokur of the Supreme Court, Amir Singh Pasrichpaid his tribute to his mentor and guide, and described Dadachanji’s moral courage and integrity which were universally known facets that he brought to every court room and corporate table. 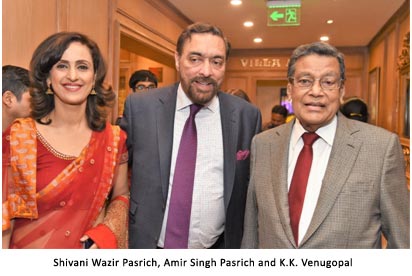 dangerous about the phrase Constitutional Morality, but when we divorce the word Constitutional from the word Morality and look at morality separately out of context from the constitutional scheme, we could have one outcome in Court No.1 and a different outcome in Court No.2.” Towards the end of his introductory remarks on the debate topic he added “Ultimately, the battle between the two sides of the debate is only a battle between lawyers wanting certainty and lawyers wanting the flexibility of doing complete justice and equity.”

Justice Madan Lokur spoke about the internationally expanding role of the Courts citing several cases where courts abroad have stepped in to intervene in matters that where such intervention may not be possible in India. He also spoke of the need for courts to intervene to protect the public interest, to protect fundamental rights and particularly rights of the child.

Cases like the Sabarimala Judgment, or the GNCT of Delhi case and the decision to read down s.377 of the Indian Penal Code amongst many others have been very influential precedents that chart-out a course of widened and widening judicial discretion which was a major factor leading to the formulation of the current topic of debate. The topic was brought about at the suggestion of one of India’s most acclaimed constitutional lawyers, the present Attorney General of India, Mr. K.K. Venugopal who also gave a keynote address on ‘Is Constitutional Morality’ a further tool in the armoury of the Supreme Court for expanding judicial review?’ 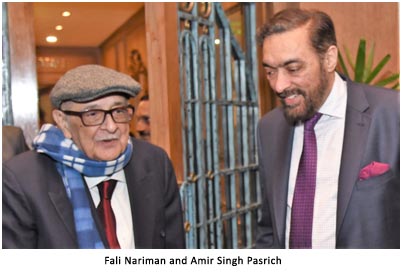 Mr. K. K. Venugopal spoke extensively about the expansion of the Supreme Court’s role both through use of phrases like the “the basic structure of the constitution” introduced in 1973 with a 7 to 6 majority judgment of the Court in the Kesavananda Bharti case, and that India’s first Prime Minister Pt. Jawaharlal Nehru had feared that the Court would become a “third chamber of parliament”. Mr. Venugopal referred to the oft resorted to power of the Court for expanding its jurisdiction ruing that there was no limit on this power. He felt that the newly developing concept of constitutional morality can be very very dangerous and if we can’t be sure where it’ll lead us to, I hope constitutional morality dies. 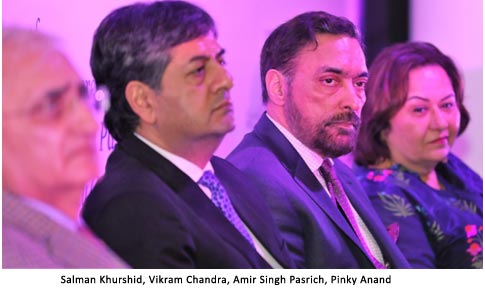 This topic was chosen to instill thought about the practicality and utility of principles lately assumed to apply by the Hon’ble Supreme Court of India. Are concepts like “Constitutional Morality” realistic or not? Will cases decided by reference to this new doctrine be decided by simple moral inclination…even prejudice or will clear-cut objective predictable decision-making prevail?