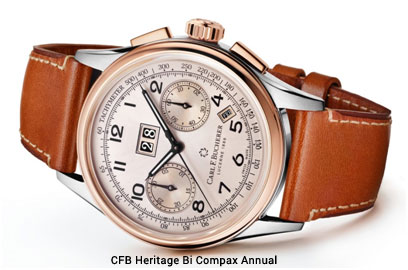 The Swiss watchmaker Carl F. Bucherer, founded in 1888 in Lucerne, has claimed that it has revisited its ethos, which is about precision timekeeping, and hence about lasting values of sustainability, tradition, excellence, and innovation. Therefore, the Swiss watchmaker has applied the official motto “Treasuring Values” to its modern pursuits since 2019.

Stating in a press release, Carl F. Bucherer claimed that this awareness has resulted in commitments, projects, and timepieces that are exemplars of sustainability. This includes participation at this year’s Only Watch 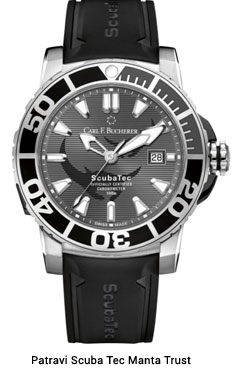 auction and the partnership with the Manta Trust charity, which Carl F. Bucherer has supported since 2017, helping to conserve the oceans and the natural habitats of the manta ray. Now, a second timepiece in support of this partnership is being launched: the new Patravi Scuba Tec Black Manta Special Edition, featuring a recycled plastic strap. 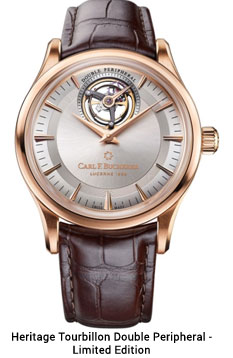 Carl F. Bucherer pays homage to its rich heritage and its close association with its roots in Lucerne, in Switzerland in the recent only limited-edition timepieces Heritage collection, which is a tribute to an eventful history spanning 130 years of craftsmanship and design. This is also demonstrated by the latest model: The Heritage BiCompax Annual. The chronograph with an annual calendar and its characteristic BiCompax dial design will be launched in 2019 in two versions, with each limited to 888 pieces.The timepieces from Carl F. Bucherer attest to the company’s exacting quality standards, with movements crafted in-house in the company’s own workshops, to ensure that their work meets their own standards. It also holds up among independent precision experts: the COSC reviews and regularly confirms the accuracy of Carl F. Bucherer movements. Additionally, the sales experience at any one of the company’s six brand boutiques around the world to custom after-sales service – must measure up to the highest standards. 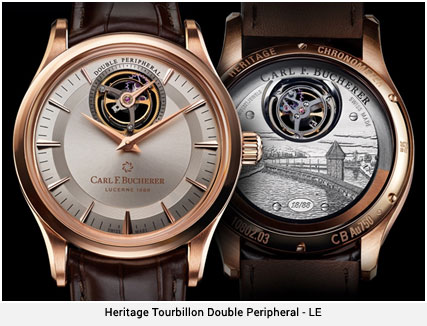 Carl F. Bucherer has innovation at its best with exceptional technical milestones such as the peripheral winding mechanism. This bidirectional automatic winding system draws its power from a peripheral rotor. The company’s in-house CFB A1000 manufacture caliber was the first ever movement to be produced successfully in series in accordance with this principle. The double peripheral tour billon constitutes a further refinement. With this patented design, the cage of the minute tour billon is supported peripherally by three ball bearings and therefore appears to float. This level of expertise must not only be maintained, but also protected. For this reason, the brand was the first watchmaker to have its timepieces marked with the help of CLR-Liga technology: Original Carl F. Bucherer timepieces are discreetly marked with a forgery-proof, laser-readable nanostructure signature, which can be authenticated instantly and beyond any doubt. An innovation – for watches with true innovative capacity.