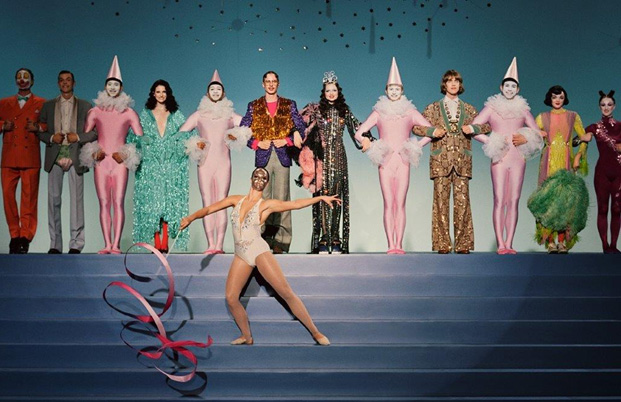 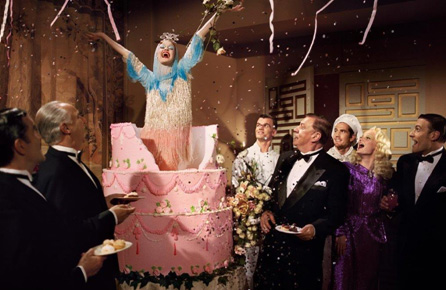 We are totally in thrall of Alessandro Michele, the creative director of Gucci. There is always something new and sensational to talk about. Earlier in February this year, Gucci designed its colourful Spring Summer 2019 ad Campaign around the early celebrity culture, which could be attributed to have begun with the golden age of the Hollywood musicals. Shot and directed by Glen Luchford, the campaign takes inspiration from films such as An American in Paris (1951), The Band Wagon (1953), Cover Girl (1944), There’s No Business Like Show Business (1954), Gentlemen Prefer Blondes (1953) and Singin’ in the Rain (1952).

In imagery that recalls the technicolour, on-screen theatricality of the song and dance numbers made famous by talented performers, this campaign delivers maximum glitz and glamour. Colourful sets with grand stages and staircases alternate with more surreal dream sequence backdrops. The mood is playful, knowing and evokes the joyful outlook of the famous musical films of the 40s and 50s.

The film also pays homage to this famous genre as we see characters dressed in Gucci tap dance, sing and perform synchronised dance routines reminiscent of the work of the exuberant musical choreography of that time. The soundtrack is “There’s No Business Like Show Business”, the song by Irving Berlin written for the musical Annie Get Your Gun and made famous by Ethel Merman in the film of the same name There’s No Business Like Show Business. 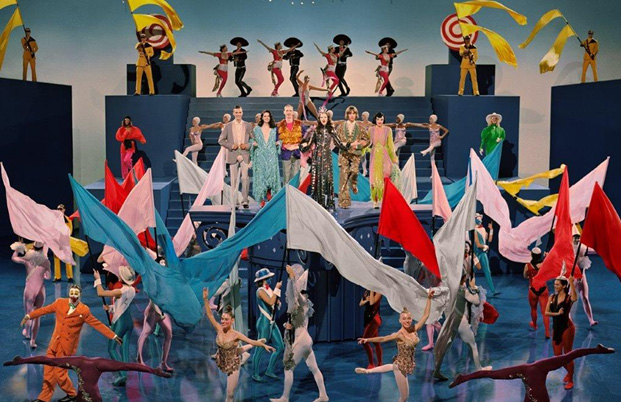 After an intermission, we glimpse candid moments where the film crew and mechanics of the set are revealed as the camera pans away from the action, creating a “behind the scenes” element that wryly references the fact that Hollywood musicals were often about show business itself. These scenes allow us to see other characters, such as producers and agents, and give us a glimpse of the eclectic, extended Gucci cast that has come together to put on this epic production.

Characters of the campaign also appear in a series of videos where they are interviewed on the red carpet at an imaginary premiere of Gucci’s musical. They are quizzed about themselves and their outfits as they make their way into the screening. It’s showtime!

The team behind the campaign is as follows.