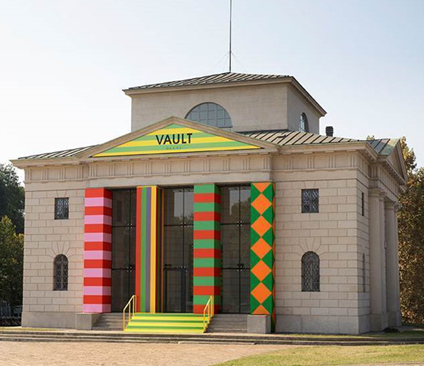 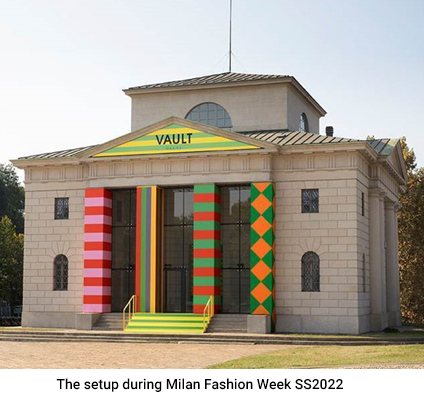 The Italian luxury brand Gucci, which is celebrating its 100th anniversary, has launched many initiatives to reinvent the brand’s perspective in the aftermath of the epidemic. At the just concluded Milan Fashion Week Spring/Summer 2022, Alessandro Michele, Gucci Creative Director unveiled the ‘Vault’, the online concept store showcasing restored and customised archive pieces alongside the creations of emerging designers. These items will be released at regular intervals throughout the year in limited quantities, ensuring an ever-exclusive offering.

Vault’s virtual shelves hold exquisite vintage, pre-owned Gucci pieces reconditioned to the highest standard. Many of these are one-of-a-kind, including select items customised by Alessandro Michele. “When I find these objects, to me they are like relics; mutant relics. We cared for them and chose them because we heard the tone of their voice; we put them in this sort of display window and I also treated them with love because I looked at them all again, examined them, and they became wonders.” Each vintage article is numbered and delivered in its own unique “made-to-measure” packaging.

Inspired by the magnificent, multimedia concept stores from the ‘90s, Vault is a repository that sells the creations of emerging talents from around the world, sometimes exclusive to Vault. Currently featured designers include Ahluwalia, Shanel Campbell, Stefan Cooke, Cormio, Charles de Vilmorin, JORDANLUCA, YUEQI QI, Rave Review, Gui Rosa, Bianca Saunders, Collina Strada, Boramy Viguier, and Rui Zhou. This follows the arc of a trajectory that began in November 2020 when these talents presented their collections through a series of fashion films on the digital platform of GucciFest, sparking unique conversations that go beyond the walls of the Maison and challenging the conventions of fashion. As Vault evolves, it will encompass many different forms of collaboration, including a selection of items from other brands dear to Alessandro Michele, resulting in an offering that goes increasingly beyond the traditional.

EDITIONS: “I live because I breathe different energies. Fashion, today, needs oxygen from the outside,” affirms Alessandro Michele. Versatile and multi-faceted, Vault’s creative idiom is nourished through diverse mediums: digital short stories or poems pay homage to the rare and the beautiful. Entertaining, subverting and surprising, each edition will embody the passion for experimentation, cross-fertilisation and creativity that lies at the core of Vault, pulling together divergent threads and exploring new ideas as it evolves to become a place to expect the unexpected.