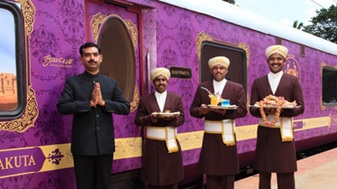 The ‘Golden Chariot’, a luxury train started by the Karnataka State Tourism Development Corporation (KSTDC) in 2008, is once again back on track albeit with a change. The Indian Railway Catering and Tourism Corporation (IRCTC) has taken over the operations, management and marketing of the train through an agreement with KSTDC, which had suffered huge losses with the lockdowns and zero tourist influx. In a statement issued to the press, KSTDC said, “We wish to inform you that IRCTC will operate trips through Golden Chariot from March 14 2O2l”. As of now, IRCTC has scheduled two trips, which will start from Bengaluru on Sunday and cover various destinations in Karnataka, Kerala, Tamil Nadu, and Goa. The fare is inclusive of all services such as accomodation, meals, all sightseeing facilities including air-conditioned buses for local transportation, guides and entry fee to historical sites. 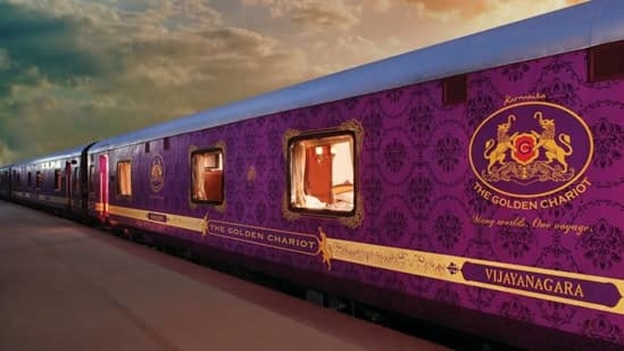 IRCTC has scheduled two trips, which started from Bengaluru on Sunday and covers various destinations in Karnataka, Kerala, Tamil Nadu, and Goa. These two trips are: ‘Pride of Karnataka’ and ‘Jewels of South India’.

The ‘Pride of Karnataka’ is a six nights/seven days journey starting from Bengaluru and travelling through Bandipur national park, Mysuru, Halebidu, Chikkamagaluru and Goa. The trip will also include visits to Unesco world heritage sites of Badami Caves, Pattadakal temples and Hampi palace ruins and will end in Bengaluru. The price of a deluxe cabin for the trip is ₹3,20,130 and for a single supplement, the trip is priced at ₹240,100.

The ‘Jewels of South India’ is a shorter three nights/four days’ journey starting from Bengaluru on March 21 will cover Mysuru, Tamil Nadu, Mahabalipuram, Thanjavur, Chettinad and Kerala. The trip will include visits to the Hampi palace ruins, Fort Kochi and Kerala backwaters. A deluxe cabin in the train will cost ₹320,130 while for a single supplement, the cost of the journey is ₹2,40,100.

India – Artisans of Kutch to showcase as