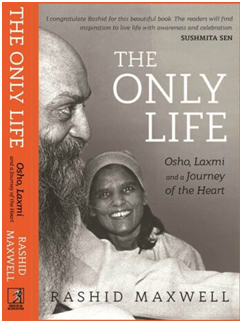 In the verdant setting of the Oshodham in New Delhi, on the 86th birthday of OSHO on Monday, December 11th, 2017, a congregation of followers of Osho dressed in maroon robes, assembled for the launch of the book on the life of Laxmi, one of the early disciples of Osho. This book titled, ‘The Only Life’ – Osho, Laxmi and a Journey of the Heart, is written by Swami Deva Rashid (Maxwell) and published by Simon & Schuster. The renowned Hindi film producer and director Subhash Ghai, who is also a follower of Osho, launched the book. A panel comprising Swami Atul Anand, the author Swami Deva Rashid (Maxwell) and SubhashGhai (Film Director), discussed the various aspects about the life of Laxmi.

Present among the large gathering of Osho’s followerswere some famous people such as the much awarded film and TV writer Kamlesh Pandey, the AAP party member and senior lawyer Somnath Bharti, to name a few.

The Only Life is the story of an ordinary woman thrust into an extraordinary life. Laxmi was a child of India; in her genes there lived the sages of the Upanishads, the merchants of the spice trade, and the warriors of Shivaji. Like most young people, she wished the world was a kinder, better place. Growing up she did good works, supported Gandhi and the Indian Independence Movement; she sought freedom. Unsatisfied with the meagre results she withdrew to make space for something different.

In her mid-30’s Laxmi met the enlightened master Osho who opened her eyes to the treasure trove of life. He changed the game by stirring her to look within herself. In his field of play, she learned the value and the power of meditation. She became his first disciple and his chief administrator, his right hand and his honoured voice to the many thousands drawn to him. She was the sunflower turning to his love.Proximity to the furnace of a master inflates the ego of some, burns others and the courageous ones it purifies. Self-realisation does not come cheaply. To rise higher, Laxmi had to fall. The protégé whom she had trained and cherished, deposed her from her elevated role. She had to wander the wastelands of America, undergo a cancer operation and be worked over by the US Immigration Department. 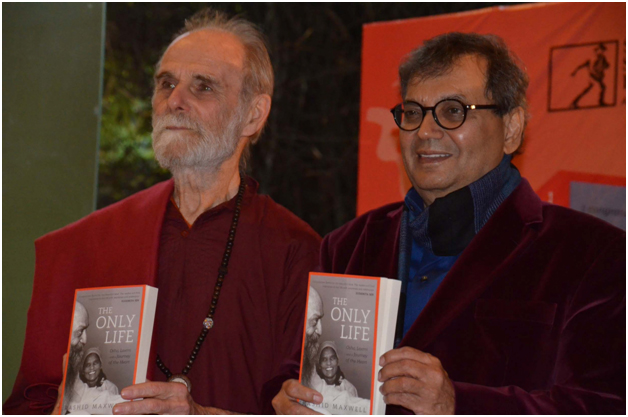 Laxmi saw the inner work she had to do; to plumb the depth of her unconsciousness, bring forth to the light of her awareness the wilful parts of her that sabotaged her elemental needs and ultimate quest to be free.Osho as a master uses every trick and device to awaken those who understand the need for change. In his compassion, he provided Laxmi with all the heat and hits for her to go beyond her concept of herself, transcend her ego. She emerged from the Master’s crucible as pure gold. Laxmi does the work. She is transformed. She is neither saint nor sinner. She is you, she is me. Osho points the way and, over the days and decades, Laxmi walks it.